Should we expect a Samsung Galaxy Note Fold with an S-Pen next year?

Galaxy Fold Note, Galaxy Note Fold, a crossover between the Note and Fold line-ups, a completely new product, call it what you want, there’s a patent for it

Galaxy Fold Note, or Galaxy Note Fold, a crossover between the Note and Fold line-ups, or a completely new product, it doesn’t really matter, as it is way to early, even though there’s a patent for it. Uncovered by the folks over at LetsGoDigital, the illustration down below clearly shows a foldable smartphone with S-Pen (or another stylus) capabilities.

An S-Pen would definitely come in handy on a larger (unfolded) screen, just like the one on the Galaxy Fold. However, Samsung will need to fix the issue of scratching, as the Galaxy Fold (as we’ve seen in numerous reports), has a very fragile display which scratches easily, even with the fingernail.

The patent in this report was filed with USPTO in April this year, shortly after the introduction of the Galaxy Fold. Published on 15 August, the patent was shortly included by WIPO. You can find more details and illustrations at the source link below. 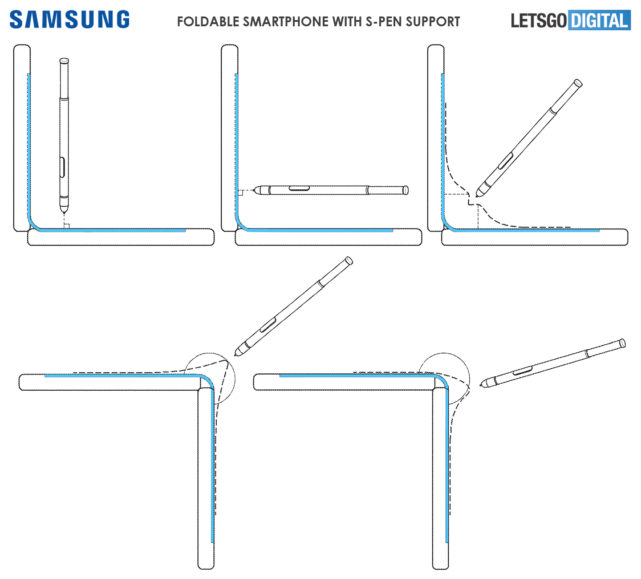 The Oppo smartwatch is expected to launch soon.

The new foldable could well be the HUAWEI Mate XS.

Chrome OS is okay if all you need is a web browser, but upgrading a Chromebook to…