The new Sharp Aquos Crystal for Sprint very well may have one of the narrowest bezels we’ve ever seen on a smartphone.

Yesterday we picked up on a rumor that Sprint was about to welcome its first Sharp Aquos smartphone to its lineup, with word that the Aquos Crystal would be announced today. At least, Sprint was teasing a “take the edge off” announcement and the Aquos Crystal sports a blink-and-you-miss-it super-thin bezel. Connect the dots from this to a new partnership between Sharp and Sprint parent company Softbank, and it was all looking pretty plausible. Well, today Sprint has gone ahead and confirmed that interpretation, announcing plans to bring the Aquos Crystal to its own network, as well as MVNOs Boost and Virgin Mobile.

The Aquos Crystal has what Sharp describes as an “edgeless” display, and claims that the handset offers the smallest footprint for a phone with a five-inch screen. For the record, that’s an area that comes out to 87.8 square centimeters. It wouldn’t be fair to put that figure directly up against a phone with curved edges (since rounded corners will affect area calculations), but we can consider another squared-off five-incher like the Sony Xperia Z1, which has a face area of 106.6 square centimeters – over 20 percent larger than the Aquos Crystal, for the same screen size.

The rest of the specs are a little less impressive, like a 720p resolution, Snapdragon 400, 1.5GB of RAM, and 8GB internal storage (though at least with microSD expansion) – all solidly mid-range specs. But no matter what’s under the hood, that expansive screen is still likely to attract a fair amount of attention.

Those conservative specs also manage to add up to a very low sticker price: Sprint’s only asking $240 for the phone, and that’s without subsidy. Sprint has yet to reveal a date for the start of sales, beyond the promise that the phone’s “coming soon.” 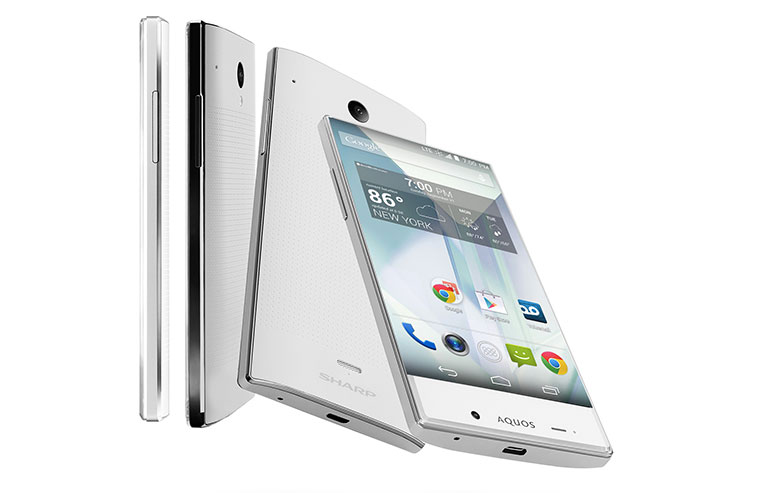