I remember a time when I was switching phones every other week. Literally.

I would buy a phone without a contract from an AT&T or Verizon store (or my place of employment), use it for a week or two, then turn around and sell it to the highest bidder on Craigslist. In most cases, I would trade the new phone for a slightly older phone plus some cash. Then I would sell the phone I had just received through the trade for its full value, thus walking away with more money than I had put into the original phone.

It’s not like I was making money hand over fist, but I was playing my cards wisely and, in turn, funding my hobby – tinkering with and testing out all the new phones. Of course, now being in this line of work, I don’t have to put my own cash into the process very often and I still manage to get my hands on most of the new devices.

I’m fortunate, though, because the whole flipping phones business isn’t terribly sustainable anymore. It’s far easier to get burned and lose a few hundred dollars on a single phone – to buy a phone and watch its resale value plummet. 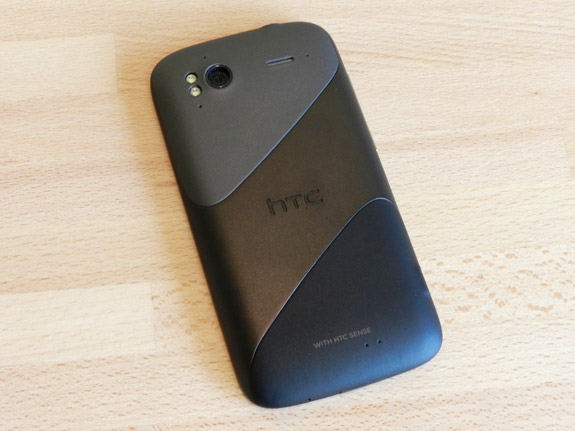 This process became more difficult over time due to the ever-shortening of product life cycles back in 2010 and 2011. Manufacturers like HTC, Samsung, Motorola, and a handful of others were collectively producing dozens of different smartphone models each year. (Samsung still uses the firehose method, for the record.) The market was saturated with new phones all the time.

In the summer of 2011, I remember nabbing a used HTC Sensation on Craigslist for about $100 below its retail value. Before I had decided to sell my Sensation, HTC announced the Amaze 4G (also specifically for T-Mobile stateside). It was a slightly upgraded version of nearly the exact same phone. The Amaze 4G had 25 percent more RAM, a better front-facing camera, a slightly faster clock speed, and a larger battery. Of course, specifications meant practically everything for Android smartphones back in 2011, and I just had to have the upgraded version. However, I couldn’t find a buyer willing to pay at least what I had put into the Sensation and, before I could get rid of it, Amaze 4G listings appeared on Craigslist for just a hair more than I was asking for my now-dated Sensation.

From that point on, that’s how it went on the smartphone trading market. I could never manage to keep up with the new models or sell my old phones before their resale values plummeted into the deepest depths.

Long story short, I learned to be more content with the phones I already had, and I started hanging onto phones for much longer. But not only did I change my habits, Android manufacturers also began to change their production cycles. HTC was beginning rapidly to lose market share and its revenues and profits started to slip into the red. Other Android OEMs, save for Samsung, experienced a similar shift in the market and stopped producing such petty upgrades to existing hardware. Instead of launching a new-but-different smartphone every six months, in 2012, HTC opted to release fewer phones and focus on quality – not quantity. 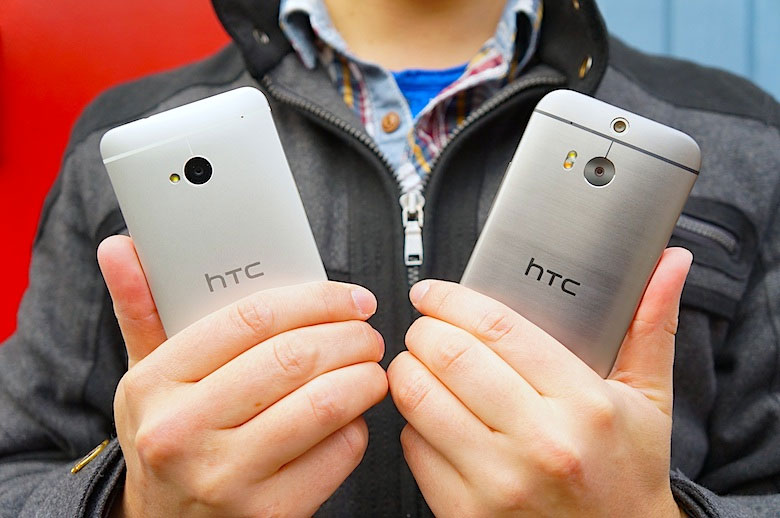 Now, despite still continuing multiple brands at once, most manufacturers reside in a once-per-year product upgrade. The HTC One M7 was succeeded by the One M8 one year later, almost to the day. While it dabbles with several different product lines, Samsung has always been fairly adamant about sticking to its 12-month cycle per device, launching a new Galaxy S model each April and a new Galaxy Note each fall. It’s more sustainable, cheaper, and everyone is happier.

LG has a strange, nine- or 10-month cycle for its G-branded smartphones. The Optimus G launched in November 2012, followed by the G2 in the following September, then the G3 in June the following year. 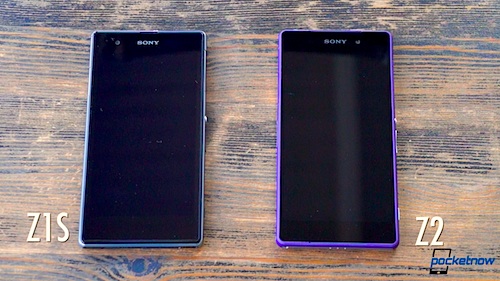 The Xperia Z3 is expected to launch sometime in Q4 this year. Assuming it launches on this oddball seven-month production cycle, that would be four generations of the Xperia Z handset family launched in 21 months. In other words, Sony will have launched four major flagships in the same product line in less time than the span of the average wireless agreement here in the States.

The result is consumers – namely Sony fans – who are not happy with their constantly-outdated hardware. It’s hard enough trying to stay current with the standard 12-month cycle, but a cycle which is nearly half that is nonsensical. It isn’t sustainable in the long-term, and it doesn’t seem to working too well for Sony. Or … is it?

Sony still hasn’t managed to dig itself out of the ominous Others category in smartphone market share breakdowns, but it did surpass Apple to become the second-largest smartphone brand in India back in April. 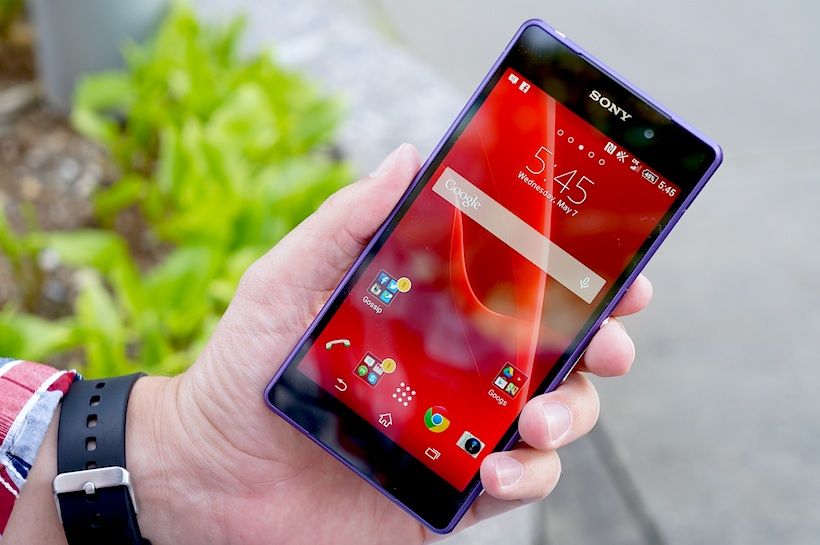 More importantly, Sony is succeeding at one of the few things Android OEMs have failed miserably at since the induction of Android: firmware updates. Sony has updated the Xperia Z1, Xperia Z Ultra, and Xperia Z1 Compact to Android 4.4.4 already, and it has updated countless other handsets to Android 4.4.2. HTC has also managed to keep up with its two flagships, the One M7 and One M8, with Android 4.4.3 updates (which, for what its worth, were based on security patches of 4.4.4). Motorola has managed to keep its Moto X, Moto G, and Moto E handsets current, as well. Samsung, on the other hand, is facing delays on 4.4.3 and 4.4.4 updates to the Galaxy S III, Galaxy S4, Galaxy Note II, and Galaxy Note 3. 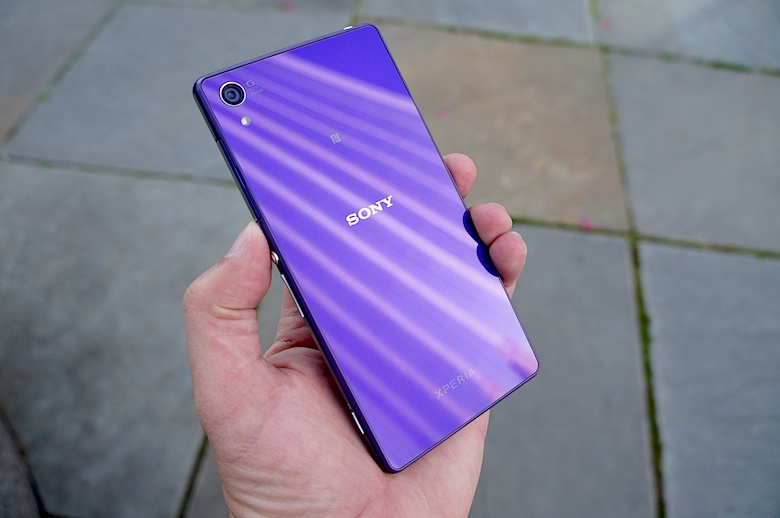 At the bottom of it all, the main reason we’re not all up in arms at Sony’s seemingly impractical release schedule is because it isn’t reinventing the wheel each and every time. It’s making minor changes along the way, sort of like year-to-year automotive updates. You don’t upgrade your car every two or three years simply because the upgrades are (usually) so minor it’s not worth the several grand you’d lose in devaluation.

Likewise, the sort of upgrades Sony is rolling out to its new flagships are not – in most cases, at least – must-haves. The bump from the Snapdragon 800 to 801 from the Xperia Z1 to the Z2 is minor. The 3GB of RAM on the Z2 is mostly future-proofing. The designs are all strikingly similar and while the upgrades aren’t fruitless, they’re not enough to make you look at your older model Xperia Z and think Man, this thing sucks.

Frankly, I like the way Sony is approaching the smartphone market. I’m not particularly a fan of such short product cycles, but it’s keeping design consistent, gradually improving all the shortcomings of the previous model, and not throwing anyone any curve balls. It’s keeping things just interesting enough to keep us interested, and it’s quickly closing in on the competition.

Keep on keepin’ on, Sony.

Nokia teased an image of its upcoming smartphone that is reportedly launching on July 27. It’s expected to be a rugged device with a durable back casing.

An official video was posted on Samsung’s YouTube channel that teases some upcoming products, including the Galaxy Watch 4 Classic and Galaxy Z Fold 3.