Samsung just seriously raised the tablet bar, and I love it

It’s been just over a week now since Samsung took the lid off its latest series of Android tablets, in the days leading up to CES 2014. While we had a general sense going in of the sort of specifics Samsung would reveal, what we ended up getting easily exceeded my expectations: no matter how you look at them, the three Galaxy TabPRO and one NotePRO tablets are all high-end devices.

This was a huge weight off my shoulders, because I’ve been a pretty vocal critic of Samsung’s tablet strategy for a while now – a position made clear most recently when I tried to suggest in late December how Samsung might turn its tablets around.

Now sure, Samsung hasn’t yet hit every note I mentioned in that editorial, but with these CES launches, it really showed that it’s willing to give tablets – and most importantly, smaller tablets – the hardware they need to truly be competitive. I was hopeful that this might be the sort of direction Samsung was heading, especially after rumors about this new pro/lite designation were leaked, but even still, with Samsung’s track record, it all too easily could have underwhelmed us with some lackluster “pro” versions. 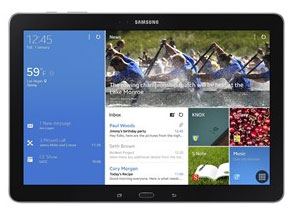 Instead, it pulled out all the stops: fantastically high-resolution displays, top-shelf SoCs, and a new, clean-looking user interface I can’t wait to try out myself (our CES team gets to have all the fun).

While all of that’s pretty great, it’s those 2560 x 1600 LCD panels that really scream to me “we finally get it!” How long has Samsung been delivering otherwise decent tablets that positively ached for a better display? As Taylor lamented when reviewing the Note 8.0 (with its 1280 x 800 screen) back in April, “it simply doesn’t make sense for a device this size to have anything short of a 1080p display,” and he couldn’t have been more right.

Because once you commit to that high-res screen, everything else that makes a great tablet starts falling into place. That’s the reason you choose a powerful SoC, helping to push those four million pixels, or the reason you give it LTE connectivity, so it can pull down HD content as fast you please. I’m practically asking Samsung to prove me wrong here, but going back to the Nexus 10, every Samsung tablet to feature a 2560 x 1600 screen has been a pretty worthwhile device – well, not that there have been very many of them, but that’s thankfully changing. 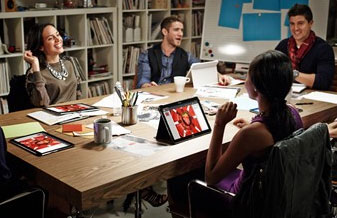 Samsung could still screw the pooch and ruin the retail launch of this crowd; having great hardware alone, a successful tablet does not make. Price could easily derail Samsung’s hopes for success with these PRO models, and so far it hasn’t confirmed what it hopes to sell them for. At least one retailer has been posting some pretty lofty prices for the gang: like the TabPRO 12.2 on-contract for what works out to over $750, or the NotePRO 12.2 free-and-clear for an astonishing $1500; even the WiFi-only TabPRO 8.4 is listed for $530.

Before you start panicking, those are by no means official, they’re European prices which are often higher to begin with, and there’s already been talk of them being artificially inflated to generate interest – whether that’s true or not remains to be seen, but it’s pretty clear that no matter what the ultimate prices, we’re not looking at Nexus-level territory here. 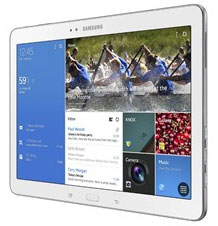 And you know, that’s fine. Samsung doesn’t need to compete with the crazy budget-priced tablets all the time; certainly, there’s already more than enough interest down there from other manufacturers, and it’s not like there’s a dearth of options available. Anyway, Samsung still has new “lite” tablets (which – sigh – are almost sure to take on the stylized TabLITE branding; is that a soft drink if you ever heard of one?) on the horizon, and if what’s been leaked about this seven-incher is any indication, they should be several hundred dollars cheaper than TabPRO devices.

But it’s been the high end where Android really needed better tablet alternatives. In particular, I’m talking about tablets that can legitimately compete with the iPad mini. The Nexus 7 is a very strong contender, but some people will still find the size or resolution to be inadequate; it’s much harder to find a reason to dislike the TabPRO 8.4.

Maybe the best thing about these new Samsung tablets is what effect they could have on other OEMs. I would absolutely love to see more competition on the Android tablet high-end, and Samsung dropping a set of models like these has the potential to draw new players into the mix, or at least squeeze more out of existing manufacturers. Will the Galaxy TabPRO 8.4 inspire Sony – a company whose designs I simply love – to spin some of its Xperia Tablet Z magic into a high-end mid-sized tablet? Yes, please! Or could this possibly encourage LG to expand upon its new G Pad brand to hit larger sizes? Let’s make it happen.

Samsung gave us a fantastic start to the year when it comes to tablets, and we’ve got more than enough expos, trade shows, and private launch events coming over the next eleven months to deliver more new tablets than we know what to do with. Now I’m just hoping that everyone else won’t disappoint me, because Samsung just put on one tough act to follow.

The update will bring pop-out conversation windows, call button for messages, and support for text recognition in images.