The Tizen 3.0-powered Samsung Z4 is the company’s latest attempt at getting an Android alternative off the ground, though the hardware is still modest.

Yup, Samsung is still trying to make Tizen happen on smartphones in addition to smartwatches, despite obviously not dedicating a lot of resources, time and money to its software and hardware development, not to mention Google’s reluctance to allow a key partner complete OS freedom.

As expected, the Samsung Z4, which weirdly follows a Z2 that in turn came after a Z3, is billed as “perfect for first-time smartphone users.” Translation – it comes with grossly outdated specs, including a painfully low-res WVGA (480 x 800) 4.5-inch display, unnamed quad-core 1.5 GHz processor, modest 1GB RAM, 2,050 mAh battery, as well as no fingerprint reader or USB Type-C port.

But the cameras aren’t… as bad as the other features, with 5 megapixels front and back, plus LED flash and dual LED flash in tow respectively. There’s also 4G LTE, VoLTE and VoWiFi (?) connectivity onboard, which is standard 2017 stuff, so not entirely guaranteed on a handheld teleported from half a decade ago. 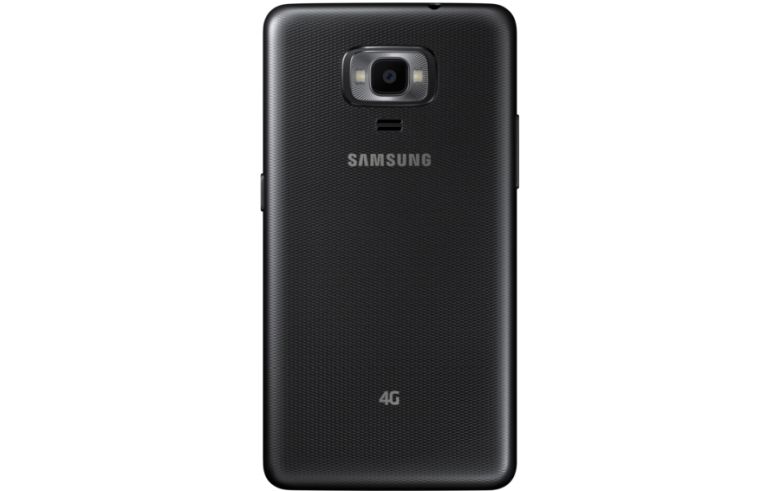 Meanwhile, although it’s quite chunky, at 143 grams and 10.3mm, the Samsung Z4 actually doesn’t look horrible all in all in black, gold or silver, thanks to the Z family’s first 2.5D curved glass design.

As for the new Tizen 3.0 platform pre-loaded on the India-first 4.5-incher, it sounds like it has quite a few things going in the productivity and convenience departments. Namely, voice support for Alarm, Call or Music commands, various “efficient battery management features”, and most notably, Quick Talk, Quick Torch, Quick Launch and Quick Switch shortcuts offering “fast and easy access to frequently used functions.”

As always, the low-ender’s appeal will mainly come down to pricing. No official word on that yet.