Samsung, too, has patented a double-folding smartphone

This patent describes a double-folding smartphone from Samsung featuring a large flexible screen and two hinges for a Z-fold.
Published 15 August 2019, 08:00 EDT

It describes a device with a large flexible display and minimal bezels, with the left and right edges folding in a Z-shape to shift its appearance and size. While the patent, according to the folks at LetsGoDigital who uncovered it, does not contain any information on buttons, ports, or even cameras, a final product, if it ever reaches that stage, will most likely have all of the aforementioned.

We’ll leave you with the images below (and more at the source link), and remind you, as usual, that just because there’s a patent for something, it doesn’t mean we’ll soon, if ever, see a commercially available product. 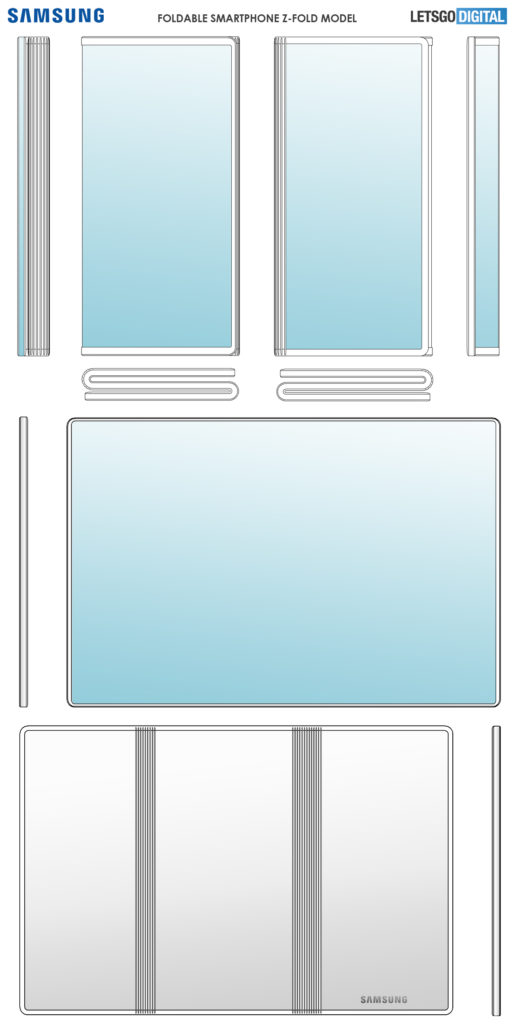 You see, even if this story was a joke, LG still has a big problem which it failed to solve for years and years on end.

The new report restates the past rumors of LTPO screens with under-display cameras and S-pen stylus support.

If you trust LG on its promise of software updates for at least another 2-3 years, the LG Velvet 5G is a terrific deal for $379 right now.
YouTube 1.8M
Facebook 570K
Twitter 197K
Instagram 133K
RSS