How Samsung can fix its tablet lineup

Find out how Samsung tablets could once again become some of the best options around, and how the company can save the Galaxy Tab brand.

Samsung has more going for it than arguably any other company in the mobile space right now. It’s very nearly usurped Google as the name consumers associate with Android, and while its precise share of the market ebbs and flows, no one’s even close to competing with it on the same level – well, Apple, sure, if we’re looking at the US, but globally, Samsung’s an unstoppable force.

And there are plenty of reasons why Samsung deserves to be enjoying the success it is; even though we might have been won over by the HTC One this year, the Galaxy S series of phones continues to be one of the most solid high-end buys around, and the Galaxy Note with its tightly-integrated stylus offers an experience that other OEMs just haven’t been able to duplicate.

But for as much as Samsung does right, I see one glaring mark on its record: tablets.

It’s weird, because some of its tablets are really solid, and suggest that the company has a good nose for what shoppers are looking for. Yet at the same time, we see the company releasing other tablets that just come off as completely tone-deaf, failing to even measure-up to their peers. Ultimately, that makes the Samsung tablet lineup come off as hit-and-miss, and just downright confusing. Let’s take a look at some of these problems I’m talking about, and what Samsung might be able to do to fix them. 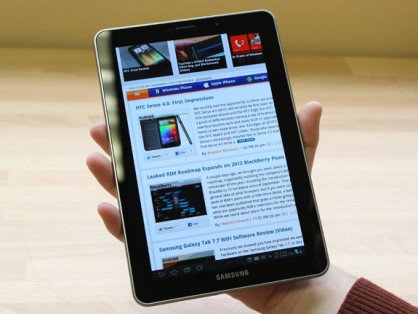 When the Galaxy Tab lineup first got underway in 2010, we saw Samsung deliver some perfectly respectable models. They tended not to skimp on features in any noticeable way, with hardware that was largely appropriate for the time. With the great variety of different sizes Samsung made available, any choice you made was going to be a good one.

But by the second generation – the Galaxy Tab 2 models – it started becoming clear that Samsung wasn’t interested in keeping its tablets up with the cream of the crop. Batteries didn’t get any larger, storage capacity options didn’t appreciably grow, and some of the cameras even got worse. Say what you will about the value of cameras on a tablet, but if you don’t want one, don’t include one at all; half-assing it doesn’t help anyone.

And we started seeing this odd divergence with Galaxy Tab chipsets; while there’s the occasional Exynos sprinkled in, Samsung keeps changing its mind about whose chips to use in the rest of its tablets; we’ve seen Intel, NVIDIA, and even Texas Instruments for a model or two. Some of these haven’t been the best performers, but more than that, all the dissonance has made it really difficult to get a grasp on what to expect from individual Galaxy Tab devices.

Sure, the Galaxy Note tablet series has taken some big steps to redeem Samsung, but even there I find inconsistency and missteps. Ironically, one of the best Samsung tablets in recent memory wasn’t even sold as such: Google’s Nexus 10. Heck, it took the better part of year before Samsung would release a comparable model with its own branding, the Note 10.1 2014. 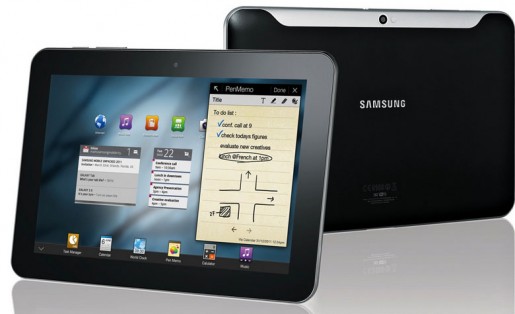 I think that Samsung must be somewhat aware of the issues its tablet lineup is dealing with, at least if recent rumors have been any indication. See, there’s been this talk that we could start seeing Pro and Lite labels added to some of Samsung’s 2014 tablet lineup.

Right when I heard that I thought, “great idea!” While Samsung may have slowly been making its Note tablets the higher-end models, and the Galaxy Tab devices the more affordable options, how the heck are casual shoppers supposed to pick up on this? If someone bought bought a first-gen Galaxy Tab 10.1 two years ago and decided to upgrade to the Galaxy Tab 3 10.1, they’re about to be hugely disappointed – a tablet with a ~130ppi pixel density might have flown in 2011, but how do you not improve on that one lick in two solid years?

So, if Samsung starts slapping “Lite” on these tablets with specs that suggest they were put together from leftover parts in the company’s basement, so much the better; some shoppers won’t care about anything but the brand name and the price, and a Galaxy Tab Lite could be just what they need – but it’s critical that Samsung make clear which of its tablets are at the front of curve, and which are the afterthoughts.

While the basic idea might work, the rumors about this Pro/Lite business as I’ve heard them so far still don’t make a ton of sense. If that label was only going to apply to Galaxy Tab devices: fine, perfect. But supposedly this 12.2-inch behemoth we’ve been following Samsung’s progress on will be released as the Galaxy Note Pro 12.2. Shouldn’t ALL the Galaxy Note tablets be considered Pro devices? Does Samsung really intend to start releasing budget, stylus-equipped tablets? OK, so the Note 8.0 could have stood to have a higher-res display, but overall the model was still a far cry from some of crap we’ve seen from Galaxy Tab models. 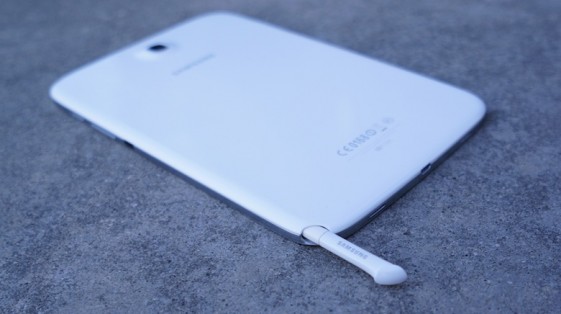 OK, Samsung, it’s time for some advice: you’ve got problems with both specs and naming, and you need to address both. You seem to be on to something (assuming the Pro/Lite rumors are close to the truth), but don’t stop there. For starters, you might want to think about merging your Note tablets under your established tablet brand; like it or not, when someone says “Galaxy Note,” we all still think “phablet,” not “tablet.” Apple didn’t call the iPad the iPhone 9.7 for a very good reason – we don’t shop for tablets like we shop for phones, and you’re doing yourself a disservice by co-mingling the brands.

And if you want to keep making affordable tablets, please do, but realize that the landscape has changed. With devices like the Nexus 7 and even the iPad mini, shoppers are expecting a LOT more from even “lower-tier” hardware. Whoever’s been telling your engineers that they can keep on releasing tablets with 1024 x 600 resolutions needs to be fired… by cannon. Get with the times.

I love the sort of variety when it comes to size and accessories that you offer with your tablet lineup, but I’d recommend taking it even further. Do you really believe that your customers aren’t interested in very high-end tablets that are in the seven or eight-range, rather than only being able to get that kind of performance from larger models? The rumored specs for this seven-inch Galaxy Tab 3 Lite sound absolutely horrid; please don’t let that exist on its own, and make sure that you also give us a “Pro” alternative. You needn’t hit every single size with multiple hardware options, but a little variety wouldn’t kill you.

Samsung’s ultimately large enough that it doesn’t really need to be the best tablet maker around in order to continue being a success, but why pass up the opportunity? Better specs, and smoother naming, and you’re mostly there. Now I wait with bated breath to see what the company’s 2014 devices will look like. Are we about to see a Samsung tablet renaissance, or a sloppy repeat of 2013?