Samsung wonders, “what if we just put a hole in a tablet?”

How many different ways are there to build a tablet? Sure, you can add stuff like a kickstand, or go with a lopsided design like Sony’s experimented with, but when we’re constraining things to a traditional rectangular, flat form factor, our options seem pretty limited. That’s one of the reasons we’re so intrigued by a new Samsung design patent to surface, revealing a tablet with a finger-sized hole in one corner.

As this is a design patent, Samsung doesn’t need to explain what the hole is there for, and it doesn’t. Instead, we get four pages of imagery, devoid of explanation. How do we know this even is a hole in the first place, and not just a circular button or knob of some kind? The perspective view you can see below clearly establishes this as a through-hole, and not something that’s just on the surface.

So… what are we supposed to do with this thing? That’s a damn good question. Maybe it’s a thumb-hole, like on a painter’s palette? It’s probably a bit too small for that, unless this is some giant 15-incher. We know how Sony likes little lanyard tie-on points for its phones; could this be something larger, like for hooking on a carabiner? That sounds kind of awesome, but it would be a weird thing for Samsung to do.

It almost looks like the area surrounding the hole is divided into four sections; could those be hardware buttons? Maybe, or maybe it’s just artistic shading. Right now, we really can’t say – this is one big mystery.

Sound off with your own theories for what we could be looking at here down in the comments. 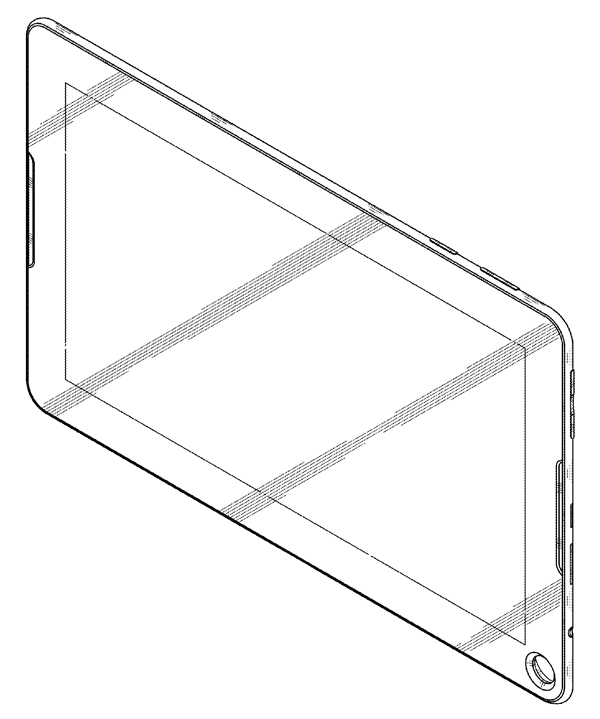 Update: As some of you have helpfully pointed out, Barnes & Noble of all companies might have beaten Samsung to the punch here, with a similar design for the Nook HD+. 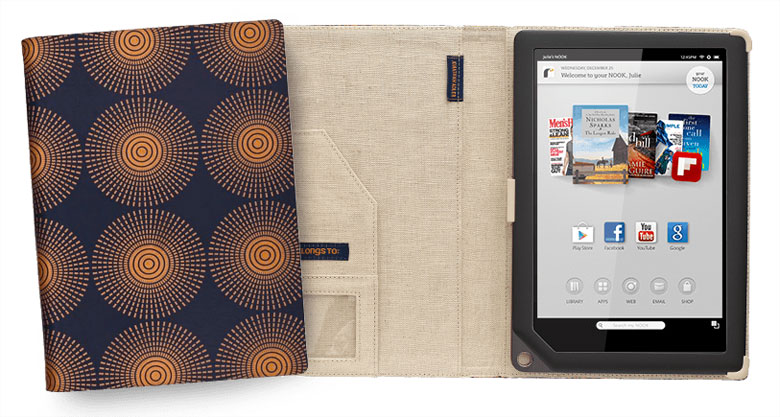