Is the metal banding around the new Galaxy A3 and A5 to blame for reports of Samsung signal strength issues?
Published 11 November 2014, 13:20 EST

Stop us if you’ve heard this one before: a smartphone manufacturer comes out with a new metal-rimmed handset, only for users to quickly start complaining about poor signal strength and dropped calls. Samsung’s new Galaxy A-series was already sure drawing a few iPhone comparisons, and now it looks like the family may have found an antennagate of its own, as tests show lower-than-expected reception quality on both the Galaxy A3 and A5.

At least, compared to a Galaxy S5 without the A3 or A5’s metal band wrapping its way around the phone, these A-series phones seem to pull a fifteen-to-twenty-percent weaker signal. That’s not so low as to be generally unusable, but if you’re already in a fringe reception area, it might be enough to push you over the edge.

We know that certain Samsung fans have been eager to see these new metal designs take a larger role in the company’s product portfolio, but if their presence continues to be associated with reception problems, maybe we’ll hear that tune start to change. To be fair, there’s not yet any proof that the metal bands are directly responsible – and correlation is hardly causation – but it’s definitely something we’re going to keep an eye on with future Samsung handsets of this design. 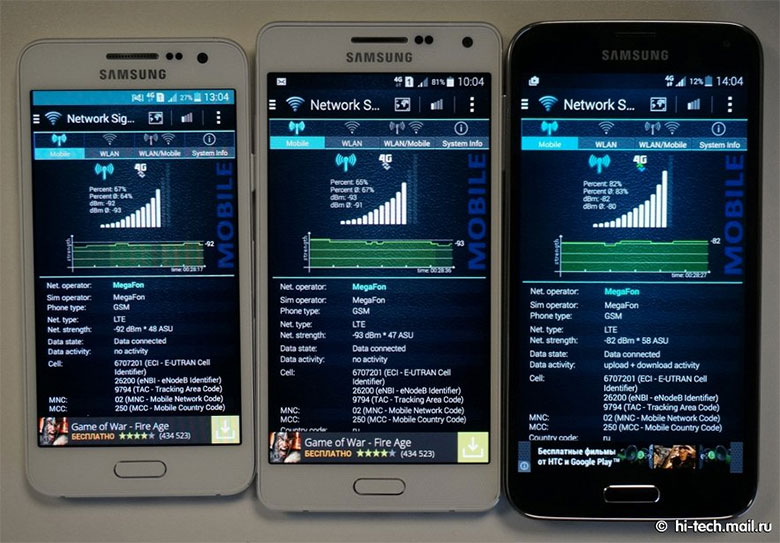 Samsung says removing the charger and earphones from the retail package is a decision made towards a sustainable future.