Samsung needs to show it’s serious about the Edge

A new form factor may be born before our eyes in the form of the Samsung edge phones, but only if Samsung can prove it is serious about it.
Published 25 February 2015, 10:00 EST

Samsung has a history of trying things out. If there is a need in the mobile industry, Samsung has tried to fill it. If there was a perceived need in the industry, Samsung tried to fill it. If there was no need, well, you get the idea. Samsung is a very mainstream phone manufacturer. Step out of your house and trip down the stairs of your front porch and you’ll probably land on a Samsung. But Samsung also likes to live on the fringes of mobile society, which is where I found myself a few months ago.

I got to spend some time with the Galaxy Note Edge for the purposes of doing a review rebuttal. What I had to know was, just what was up with that edge? It was so weird and had so much potential, I had to get my hands on it. I won’t make you read the whole review again – but, you know, feel free – but what I found was that not only was this edge useful, it should be the birth of a new age in smartphone design.

The edged smartphone is here and it should become the new standard. 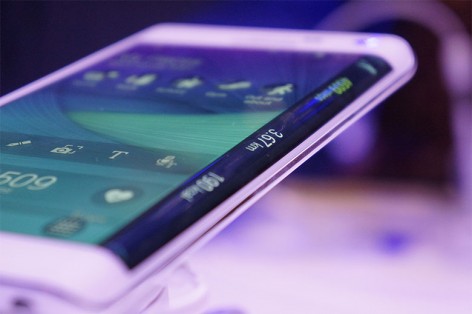 What did he just say?

I know those are bold words. The Edge is such a fringe product, Samsung would be crazy to make it a part of the next flagship. But rumors have it that that is exactly what Samsung is going to do. It doesn’t look like the Galaxy S6 is going to have an edge, but it will have an edge variant. That’s two consecutive flagships with this seemingly whacko technology. So it begs the question – is this just another Samsung gimmick?

I’ll be perfectly honest here: It might be. I surely hope this is not just the latest in Samsung experiments that is doomed to fail, but the fact is, not all Samsung ideas catch on. The Samsung Zoom, which is also on my desk at the moment is another of those phones that seems to make a lot of sense, until you expect a bunch of people to buy it. But what about this edge?

Samsung needs to take the next step and really bring a lot of utility to this piece of hardware. It’s true, the Note Edge proved that this could be very useful. Devs can develop specifically-for-Edge variants so that a music player can put controls there, or the camera can put all of its UI there which frees up the viewfinder. Samsung really needs to take a few more steps to make this a legitimate thing instead of just another gimmick.

First, Samsung needs to make the edge the only flagship it introduces. It looks like that won’t happen at MWC unfortunately, but there is hope for future flagships. The fact of the matter is the edge is really weird. Samsung is going to have to force people to adopt it, even if that means angering some of its fan base by not releasing a rectangular slab. If the concept is good enough, it needs to be pushed.

This is not unlike concepts like wireless charging or the stylus. As long as you give people an out, they are going to take it. If you require people to take a leap of faith and adopt a new thing, most of them will not. It’s just human nature. So if Samsung wants the edge to catch on, it has to throw all of its weight behind it and challenge others to do the same. 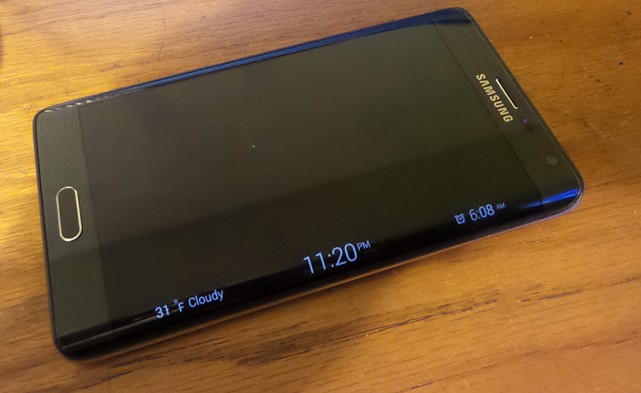 Second, the edge needs to become truly useful. That means optimizations for that space. Samsung did a good job to start, but more and more software has to be built for the edge. That means app developers have to get on board and pronto. Edge variants of apps need to become so commonplace that it’s almost unthinkable not to develop for it. So Samsung is going to have to develop some relationships with some big app developers out there.

This isn’t a crazy concept. Many apps have some kind of tool bar or other UI that takes up space on the screen. That space could be freed up with just a little bit of code (or maybe a whole lot of code – could go either way). A developer could deliver a truly unique experience to its customers that would get shown off whenever the app was launched. In fact, edge phones are so uncommon right now, they’re conversation starters in and of themselves. And you know what edge-carrying people like to talk about? The edge and all the things it can do.

Samsung started a great new trend last September at IFA. It will continue that trend at MWC. This is a very powerful concept, that is innovative and exciting and just weird enough to work. If Samsung can push it hard enough, and capture the imaginations (or wallets) of some like-minded developers, this could truly be the birth of a whole new form factor.

Or it could just be another gimmick.