Is the Samsung Scoop another looming Amazon Echo rival, or just a dumb old wireless speaker?

Google wants a piece of the Amazon-controlled smart speaker action, the latter in turn plans to go after Apple and Spotify in the uber-challenging, jam-packed music streaming arena, while Samsung may also have something akin to the Echo in the pipeline.

Bottom line, no tech giant, regardless of its size, financial status and profit margins, is content resting on existing laurels, with product innovation and originality nowhere near as important as a robust presence in as many potential-brimming market segments as possible.

So what if a mysterious Samsung Scoop gadget recently sighted at the FCC could be accused of copying the Amazon Echo Dot or Google Home voice-activated speakers/home automation hubs? No one’s going to buy anything because it’s the first of its kind. 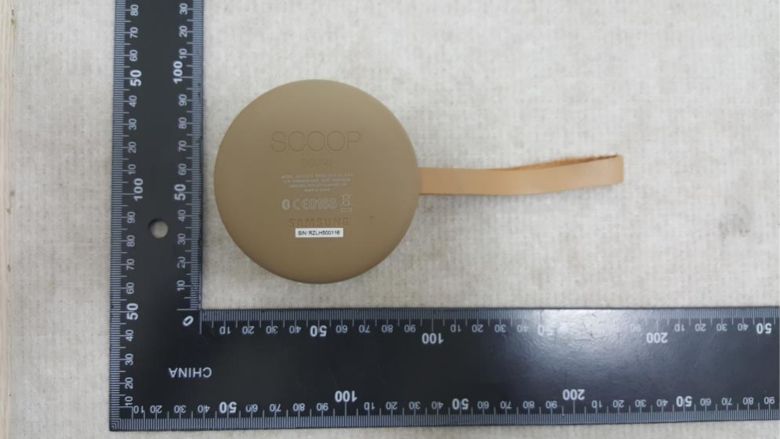 It’s all about the implementation, and at least strictly analyzing the Scoop’s design and apparent portability, Samsung seems to be on to something here. Unfortunately, the very revealing product images and user manual discovered in regulatory documents don’t go into too much detail regarding the “smarts” of this new wireless speaker.

We just know a microphone is built in, a sleek leather strap allows for easy transportation, and music can be played on the Samsung Scoop (which, by the way, is merely a codename) via Bluetooth or an included audio jack. It’s even possible we’re not dealing with an Echo contender at all.