Find out more about the Samsung region locking present on European Galaxy Note 3 models, and why Samsung has implemented this awful system.
Published 01 October 2013, 07:04 EDT

The smartphone market is a complicated one, involving all sorts of companies with all varieties of interests, and it doesn’t take much for one of those entities to start meddling with the release of a handset. All too often, that means negative consequences for consumers: we’ve seen it when carriers force manufacturers to lock bootloaders before they’ll allow phones in their stores, or when the banks behind ISIS and their carrier partners worked to prevent users from accessing Google Wallet, despite having phones with the appropriate hardware.

Last week, word arrived that Samsung seemed to be the latest company threatening to ruin a phone’s launch with the introduction of unnecessary restrictions, as it became apparent that the Galaxy Note 3 was being sold with a new region-specific SIM lock in place.

Samsung’s German wing attempted to explain the situation to the European market, and while translation issues had us a little confused about the details at first, the truth seems to have finally emerged: such phones will need to first be activated with a SIM from the required region, prior to accepting SIMs from carriers located elsewhere. 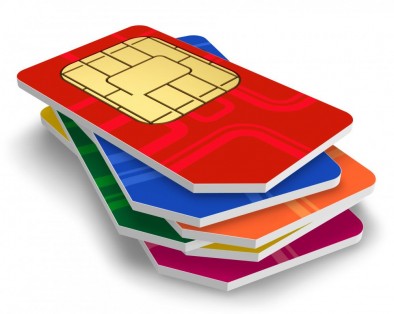 While that keeps the door open for functional exports, it’s still a huge affront to Samsung’s users, and offers them absolutely nothing in return. Make no mistake – this is an anti-user measure intended to give Samsung more control, and there’s no reason whatsoever why you should feel OK about what’s happening.

Some of you smartphone owners in the US are no doubt asking “what’s the big deal? I can’t pop a T-Mobile SIM in a new AT&T phone, either – the carrier has to unlock it.” While that’s true, it’s also a little outside the bounds of what we’re talking about here. When we’re dealing with a phone sold on-contract, which the carrier has subsidized, there’s absolutely a legitimate interest in keeping that hardware on the carrier’s network.

That, however, is not what we’re looking at in this situation; when a phone is sold off-contract and independent of service, the expectation is that the hardware is unlocked and the only restrictions on your choice of carrier comes from the modulation and bands supported by the handset’s radio.

Having established that this sort of measure is very much not the ordinary, that leaves us asking, “why would Samsung do this?” Since the restriction ultimately ties Samsung phones to a specific group of carriers, could this be a sign of some new alliance? Has Samsung gotten into bed with them to the extent that it’s willing to trade this lock for some better placement in these networks’ stores?

Again, if you’re thinking with a US focus on the market, that might seem plausible, but it would require a big leap of faith, trusting all these carriers to bind together and work for a common good. Instead, based on all we’ve heard from Samsung so far, it sounds like an effort to control pricing and hurt the gray market.

What’s this “gray market” I speak of? Unlike a black market, dealing in straight-up illicit materials, a gray market instead makes otherwise legal items available in areas where they either might not otherwise be sold, or would be priced much higher. You ever get sick of waiting for the new season of Downton Abbey to air in the US and just order a DVD from Amazon UK? Congratulations, you’re a part of the gray market. 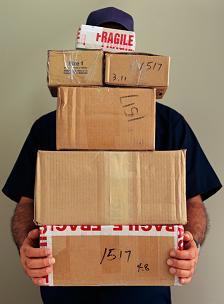 While it seems pretty innocent to consumers, as we have no vested interest in how we get the products we do, so long as they ultimately end up in our hands, manufacturers HATE the gray market. You might remember a case that made its way to the US Supreme Court earlier this year about an individual importing textbooks which were originally sold very affordably in Thailand, and reselling them in the US, where the publisher had hiked up the price. As such, this gray market route – buying legally abroad and then importing – ended up cheaper than simply buying the books originally in the same market intended for consumption.

While that publisher fought tooth-and-nail, it ultimately lost, and had to raise its prices in Thailand in order to close the loophole. Frankly, that’s the only legitimate way to combat this practice. Companies – like Samsung as we’re seeing here – want to have their cake and eat it, too: they want to take advantage of every cost-cutting and strategic option this vast, modern global ecosystem affords them, yet when it comes to selling products, they like to pretend that fast, easy international commerce doesn’t exist, and that shoppers’ options are constrained to what they find in their own backyards.

That’s what this lock is all about. It’s Samsung wanting fine-tuned control over setting prices and choosing which markets get which products when. The fact that this lock is so easy to get past for people living in the restricted geographical area makes it clear that this isn’t about regulatory issues or even pleasing carriers. Its true purpose reveals itself when we look at those it actually hurts: the owners of businesses interested in exporting brand-new Samsung hardware outside that restricted market.

It’s petty, it’s insulting, and the way Samsung’s doing it, it’s probably still 100% legal. You don’t have to like it – and I hope you don’t – but you’re still going to have to live with it. Samsung couldn’t have expected this decision to be met with any applause from end-users, yet it pushed forward with it anyway.

I really don’t know what to tell you, aside from suggesting that you make your opinion known with your pocketbook. Not that it will matter, considering Samsung’s hefty share of the market (which really makes this paranoid desire for control all the more confusing), but at least you might be able to sleep a little easier. In the end, we have no leverage, and Samsung will do whatever’s best for Samsung.

The main attraction, however, is the squarish camera module that houses two lenses and an LED flash, a design we are yet to see on a Realme phone so far.
YouTube 1.8M
Facebook 570K
Twitter 197K
Instagram 133K
RSS