Both Samsung Pay and Apple Pay continue to grow at a remarkable pace, stateside, across Asia and many other regions.

These are sure exciting times for the fast-growing mobile payment industry, with Android Pay headed to select smartwatches very soon, and both Samsung Pay and Apple Pay looking relentless in their quest for omnipresence across regions as diverse as Taiwan, India, Spain, Japan, Russia and now Thailand.

Meanwhile, Apple Pay continues to shine in various US adoption and popularity surveys, scoring the approval of no less than 36 percent of merchants nationwide, according to fresh Boston Retail Partners research. 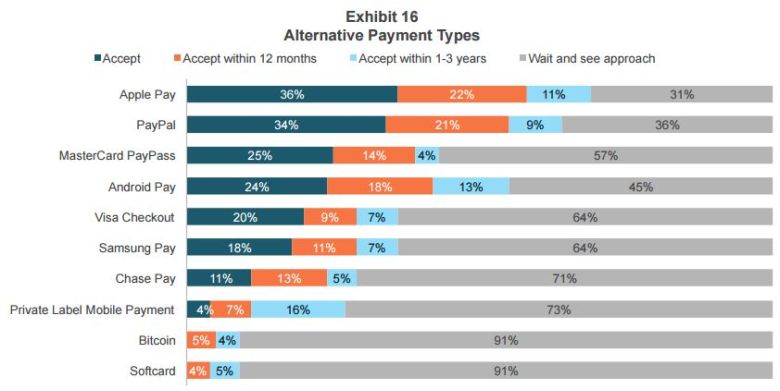 That’s up a trivial 1 percent from December’s estimated retailer endorsement rate, but what’s impressive is PayPal actually trails behind the new market leader, with 34 percent acceptance, based on information from 500 “top” North American vendors.

Impressive for Apple Pay, of course, with an additional 22 percent of US retailers apparently planning to accept Cupertino’s mobile wallet service in the next 12 months, and 11 percent more looking to jump in within one to three years.