A recently discovered Samsung patent application reveals yet another concept of building a foldable smartphone, one that has an outer display.

Samsung just recently unveiled, among other things, a foldable smartphone prototype. It is basically a phone with a 4.6-inch Super AMOLED “cover display” that unfolds into a tablet with a 7.3-inch Super AMOLED “main display”. However, a recently discovered Samsung patent filing shows a similar, but somewhat different concept of a foldable smartphone.

As shown in the image above, the device is a wallet-like gadget that folds in half. Interestingly, the display is on the outside, so when it is unfolded, it utilizes the whole screen, as a tablet. When it is folded in half, the display stays on the outside, and it transforms into a phone with a display on both the front and the back. Additionally, since we’re most likely talking about a foldable display, the screen would probably wrap around the edge, pretty much like a book cover.

Of course, as with any Samsung patent (or patents in general), this doesn’t mean that we will actually see this product commercially available. Companies are often exploring several possibilities with their R&D teams. Some of them end up becoming a final product, some are just left at that stage. 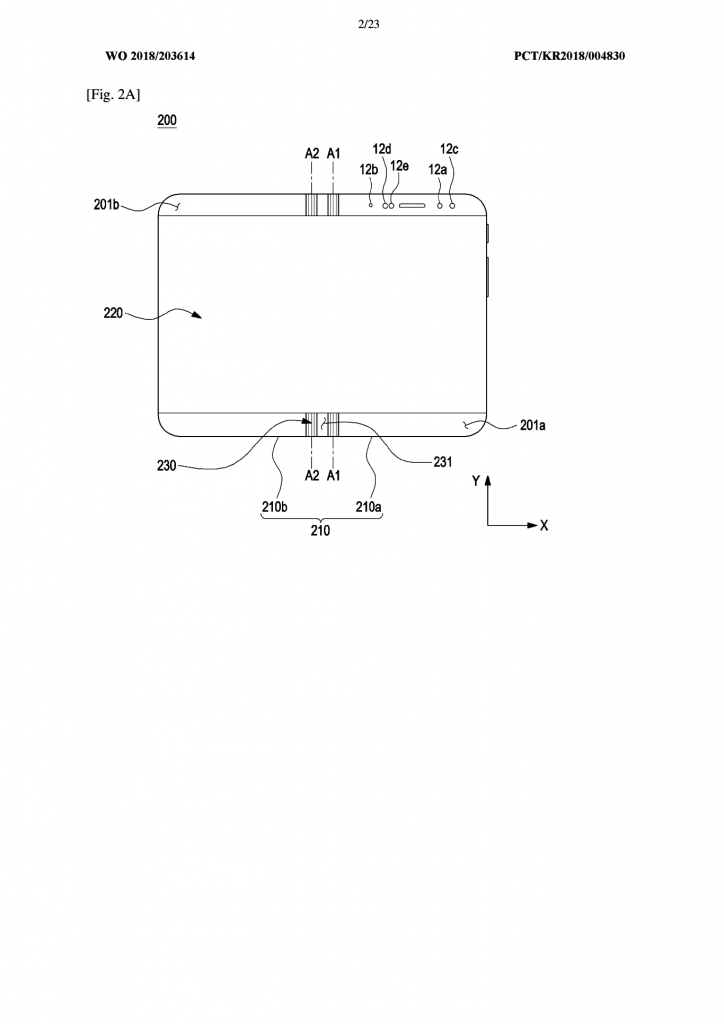