What the Gear VR was missing was a controller. Thank goodness we finally have that now as we have more specs, dates and pricing to talk about.

Mobile-based virtual reality has left us with a somewhat middling impression: it’s the future for sure, but it’s not exactly too fun to deal with right now. Be it with the whole idea of having to place your phone that’s pinging notifications at your face in front of your face or the fact that manufacturers haven’t paired controllers to their headset experiences yet, the idea seems half-baked.

Samsung took an initial step towards fixing that controller bit by announcing the Gear VR with Controller earlier on at MWC 2017, but gave us little else to go on in terms of a worldwide domination. Yes, the just-announced Galaxy S8 and S8+ will support this thing as well as the major Samsung mobile flagships from the S6 and later.

The headset itself gives users a 101° field of view and weighs in at 345 grams. The controller, which features a clicky touchpad and trigger along with a very important volume control, runs on two AAA batteries and should last a use cycle of about 40 days if you use it for 2 hours every day. We’re not exactly sure how practical it would be to carry around that controller in your backpack or purse in addition to the headset, but that’s a question you’ll ask for yourself if you choose to consider this product. 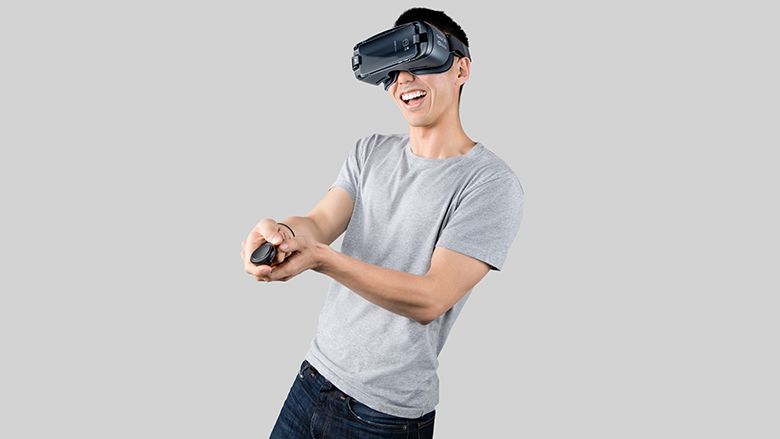 The Gear VR with Controller will be available April 21 for $129, which seems fair. Even better, the controller can be purchased alone for $39 if you want to combine it with an existing Gear VR. And Oculus has a nice surprise for mobile virtual reality enthusiasts too, rebuilding its Home “from the ground up” in what’s billed the company’s biggest platform update yet.

A whopping 70 new titles with controller support are coming soon, including 20 in April, and there’s even an Oculus Browser now to surf the web in VR.

These are not the rumoured true wireless earbuds from OnePlus, but more likely an affordable version on the existing OnePlus Bullets Wireless 2 earbuds.