Samsung is expected to release the Gear S4 smartwatch soon in two main variants and three color options, while the Galaxy Note 9 could come in five hues.
Published 14 June 2018, 04:02 EDT

Samsung has always adhered to the “bigger is better” doctrine with the Galaxy Note family of jumbo-sized flagship phones, and it appears both the Note 9 and Gear S4 smartwatch expected out this fall will pack significantly larger batteries than their predecessors.

Of course, that’s not the only widely rumored change for the likely protagonists of an August 9 announcement event, as style and color remain a big focus for a company priding itself on its premium gadget designs.

A rock-solid source claims the Samsung Gear S4 is coming in two main variants, with and without built-in LTE connectivity, as well as three color options. But only the “dressier” Gear S3 Classic sequel will be coated in snazzy gold, according to SamMobile’s tipsters.

Silver and black are the other two paint jobs purportedly in the pipeline, although it’s unclear which of the Gear S3 Frontier and Classic follow-up efforts will come in which of these colors. Right now, the Gear S3 Classic is sold with a silver coat of paint, while the Frontier can only be purchased in black. 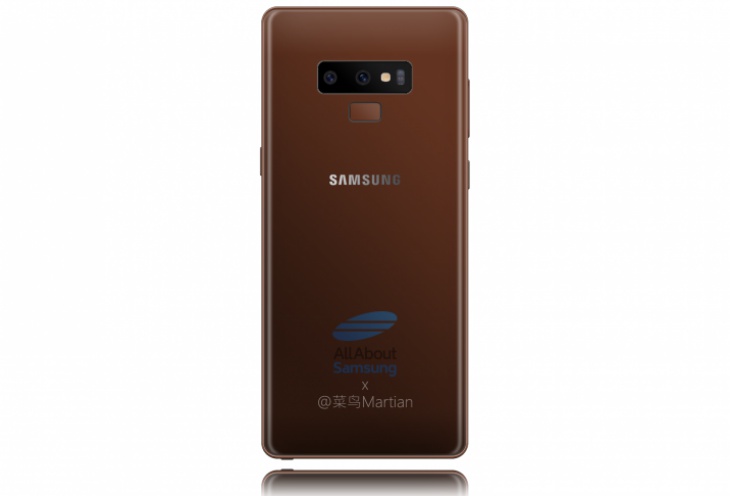 As far as the Galaxy Note 9 is concerned, since we pretty much know how it’s supposed to look, why not also visualize the next-gen mobile powerhouse in five possible hues? After talking to a number of inside sources, Germany’s AllAboutSamsung blog has created a bunch of concept images starring the upcoming 6.4-inch or so flagship in black, gray, blue, lavender and brown.

The brown model would definitely mark a departure from Samsung’s usual chromatic norms, while lavender looks only slightly different from the S9 duo’s eye-catching Lilac Purple option. The other three are fairly standard, but don’t forget these are just conceptual depictions based on largely unsubstantiated rumors.

Ethical, secure, freedom-friendly technology gear is becoming increasingly rare. Thankfully, some are prioritizing that; like the new Librem 14.