Update: This story has been updated with information from the launch event.

With all due respect to other companies’ wearables to be showcased at IFA Berlin this year, the only real smartwatch of Note (heh) that’s garnered enough buzz to be watched is Samsung’s Gear S3.

Two variations were launched at an event in Belin

Design came first in focus for the company to make a smartwatch the smartwatch you would want to wear all 365 days of the year. Yvan Arpa, with three decades of experience in the industry, helped with the blueprints. The rotary bezel — carried over from the Gear S2, but with a ridged, tactile design — adds to what’s dubbed as a “circle of endless possibilities”. 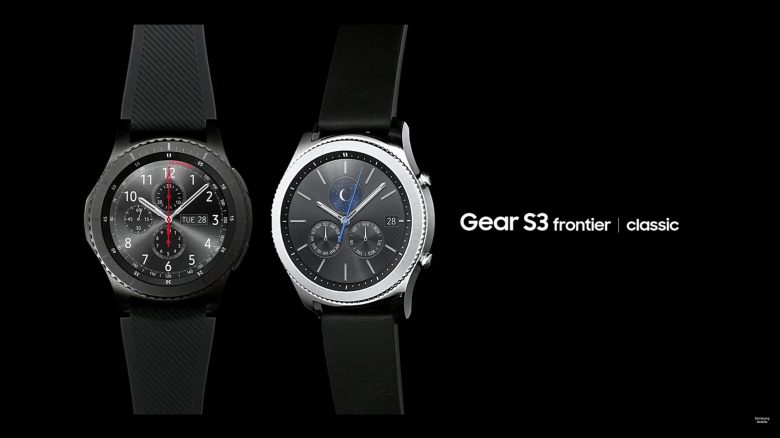 As with last year, the Gear S3’s 46mm case is made out of 316L stainless steel with a 1.3-inch Gorilla Glass SR+ disc for a 360 x 360 touchscreen. The Frontier is IP68 water-resistant (as is the Classic) and military-grade durable for climates and shock. Both cases even takes standard 22mm bands. The Gear S3 has buttons at the 2 and 4 o’clock positions — though the frontier’s buttons are chunkier than the circular ones on the classic.

Special apps read out altimeter and barometer readings as well as the speedometer. Samsung Pay is enabled on the Gear S3 with NFC and MST for credit card swipers. GPS is stuffed in with a microphone and speaker. Some models get LTE connectivity, too. Samsung claims three to four days of use for all of its models.

Tizen OS remains as the user’s experience medium, though the rotary bezel gets laden with more importance for navigating the UI.

The Gear S3 classic and Gear S3 frontier are only adding to the existing product lineup — the Gear S2 watches are still on sale. That said, we don’t have a clear picture of when the Gear S3 will be put on sale and how much it will go for.