One resembles the Microsoft Band 2, and the other looks like a bland pair of earbuds at first sight. Meet the Gear Fit 2 and IconX wearables… again.

With all its R&D, advertising and distribution resources invested in the Gear S2 smartwatch of late, Samsung disregarded the thriving low-cost fitness tracker market for a little too long, leaving Fitbit and Xiaomi to share worldwide domination, while Garmin and Jawbone battle for scraps.

Then there’s also Microsoft, which continues to struggle turning its sensor-rich Band 2 into a mainstream box-office hit, as the design and price feel somewhat lacking. But Samsung apparently sees a lot of potential there, working on a very similar Gear Fit 2 activity tracker. Almost too similar.

This looks significantly curvier, more ergonomic and less rigid than its two year-old predecessor, showing up on its maker’s official S Health website following a big visual (ev)leak just last week, yet prior to a formal announcement.

The new angle and quality of the product image unintentionally exposed makes the Samsung Gear Fit 2 seem even more of a Microsoft Band 2 copycat, though if it somehow manages to beat its rival in health-monitoring accuracy, battery life and affordability, we’re ready to turn a blind eye to the obvious physical resemblance. 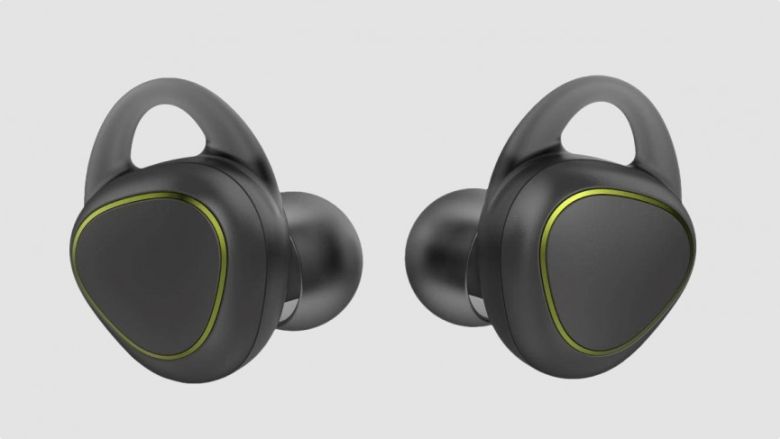 Meanwhile, the Gear IconX once again fails to strike us as special or original at first glance. Until you realize you’re dealing with a truly wireless pair of earbuds, rumored to double as a fitness tracker and triple as a standalone digital music player, with its own 4GB internal storage.

Remain cautious, however, as so much about the execution of such a groundbreaking new 3-in-1 device could go wrong, not to mention its prospectively extravagant price if everything indeed works out as planned.

Google Pixel Buds 2 were slated to hit the shelves in Spring 2020, but the shipments of Google’s first true wireless earbuds are yet to begin.