Samsung is allegedly preparing a gaming service that is pretty much identical to Apple’s Arcade offering, according to recent reports.
Published 29 April 2019, 04:00 EDTUpdated 06 April 2021, 10:33 EDT

Apple’s Arcade service will likely go live this fall, but Samsung is already preparing a move to counter the iPhone-maker. While the two are direct competitors with their devices, their services, however, are not, at least not directly, as their smartphones run different (incompatible) operating systems.

A recent USPTO patent filing was uncovered and Samsung seems to have secured an online gaming service for mobile devices called PlayGalaxy Link. Being filed in the United States is a hint toward its international availability, and, according to reports, Samsung will most likely unveil the service at the same time it would unveil a gaming smartphone.

Little is known about PlayGalaxy Link, aside from its name and description, but Samsung might take a page out of Apple’s biography and start investing more heavily in its services as an additional revenue stream. We’ll keep an eye out for this and we’ll inform you as soon as we hear more. For now, this is just a patented trade mark, and, as usual, it represents no guarantee that it will be announced. 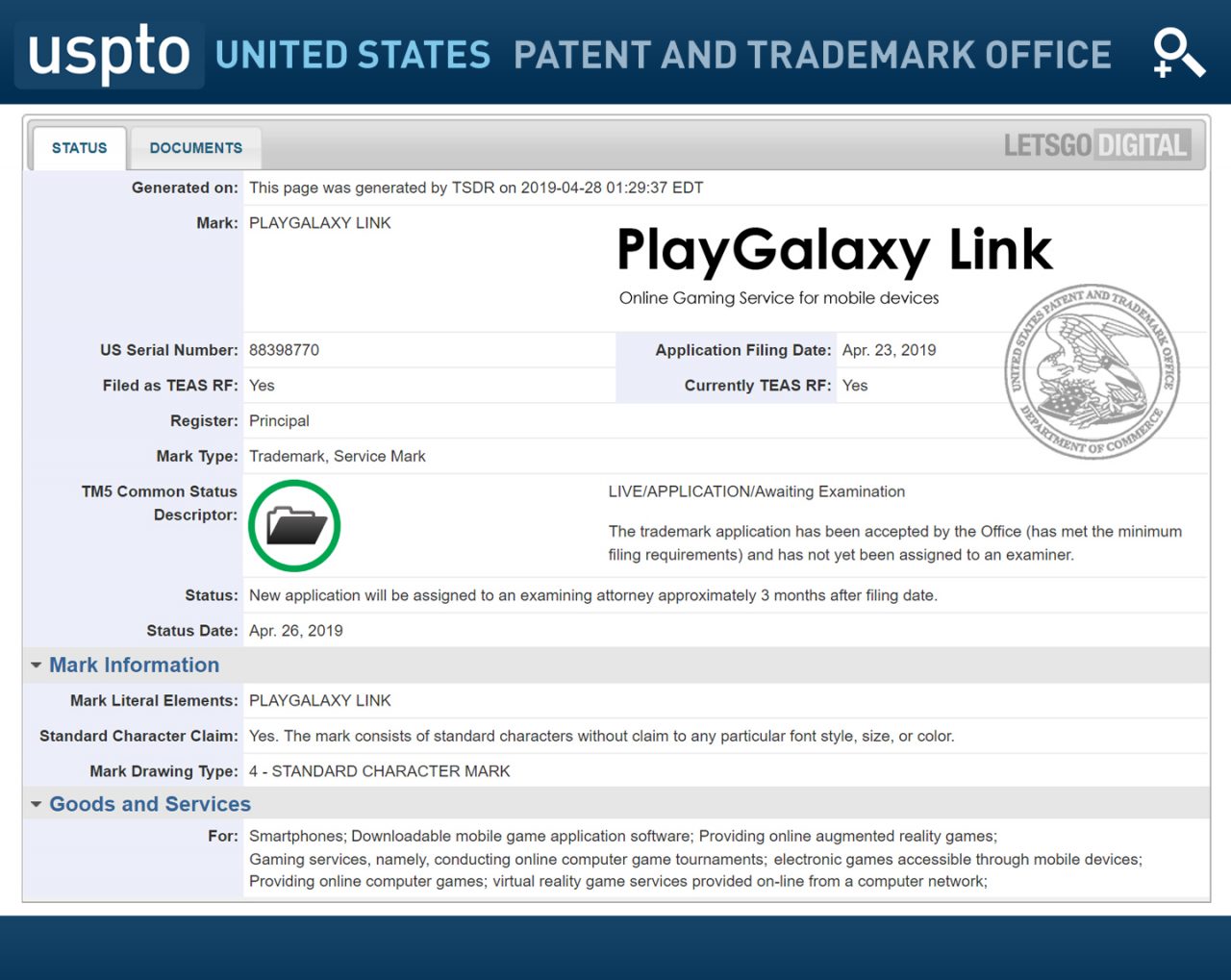 Check out the latest deals available at Amazon.com, where you will find the latest iPad Pro models with Apple Silicon and more on sale

A new report shares some interesting information about trade-in habits of iPhone and Android users, and how long each side holds onto their devices.