You can’t say this is totally unexpected. In fact, it’s the exact opposite. We knew full well it was coming, and in a way, it’s long overdue. Following in the footsteps of the 2015, yes, 2015 Xcover 3, the rugged Samsung Galaxy Xcover 4 has just gone official in… Germany rather than Spain. Via a low-key press release, not a high-profile MWC 2017 showcase.

The thing is, for lovers of the outdoors, this doesn’t look half bad. It’s far prettier than its overly muscular predecessors (though pretty isn’t the right word), it’s relatively lightweight (for a 5-inch rugged device), and actually carries decent specs for a change. 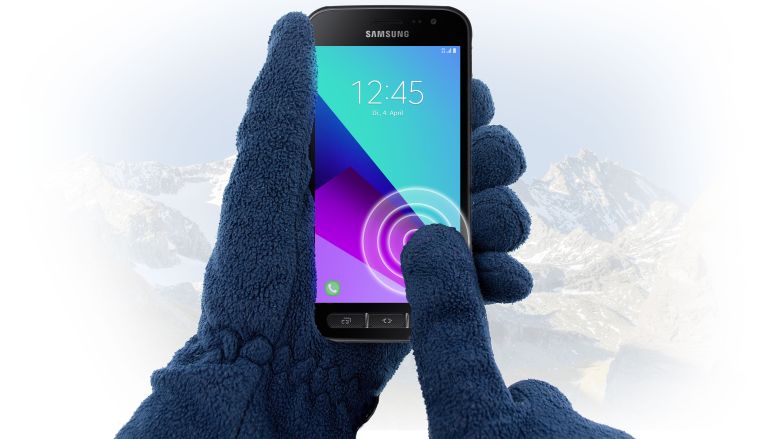 Granted, that 2800mAh battery keeping the Xcover 4’s lights on sounds short of impressive, but on the bright side, you’re promised Android 7.0 Nougat out the box, a 13MP rear-facing camera with integrated flash and “powerful” F1.9 aperture, 5MP front shooter, 16GB internal storage, and of course, microSD support. All for the reasonable price of 259 EUR ($273). Did someone say US launch at $250? It’s a definite possibility, although we’ll probably have to wait and see.