Just as teased yesterday by the company itself, Samsung today unveiled the Galaxy Tab S6. It is meant to help users create and connect, according to the manufacturer, “for those who need to satisfy their curiosity and express their creative flair”.

Today’s inspiration comes at a moment’s notice and creatives and professionals need a device able to keep up with insatiable imaginations while complementing their busy, on-the-go lifestyles. Galaxy Tab S6 enables consumers to unlock their creativity, while delivering the top-quality productivity features and advanced technology they have come to expect from Samsung tablets — DJ Koh, President and CEO of IT & Mobile Communications Division at Samsung Electronics

It features an 8MP front-facer and a dual-camera system on the back consisting of a 13MP shooter and a 5MP unit. Multimedia is taken care of by four speakers tuned by AKG, with Dolby Atmos, and connectivity-wise you have all the usual suspects (you can check out the full specs below, above the gallery).

The S-Pen sits on the back in the carved out region, where it also wirelessly charges, and is equipped with Bluetooth LE remote control features. It also packs what Samsung calls a gesture function, dubbed S Pen Air actions, where the S Pen lets you intuitively take selfies and videos, or control the multimedia content you create even when the tablet is not in your hands.

As far as accessories are concerned, Samsung has prepared a Book Cover Keyboard, a Book Cover, a POGO Charging Dock, and the S Pen itself. However, the Galaxy Tab S6 features a new and improved Samsung DeX, allowing you to turn your experience into a PC-like one.

Mountain Gray, Cloud Blue and Rose Blush are the color options, and it will be available in stores and online beginning late August in unspecified select markets for an unannounced price. 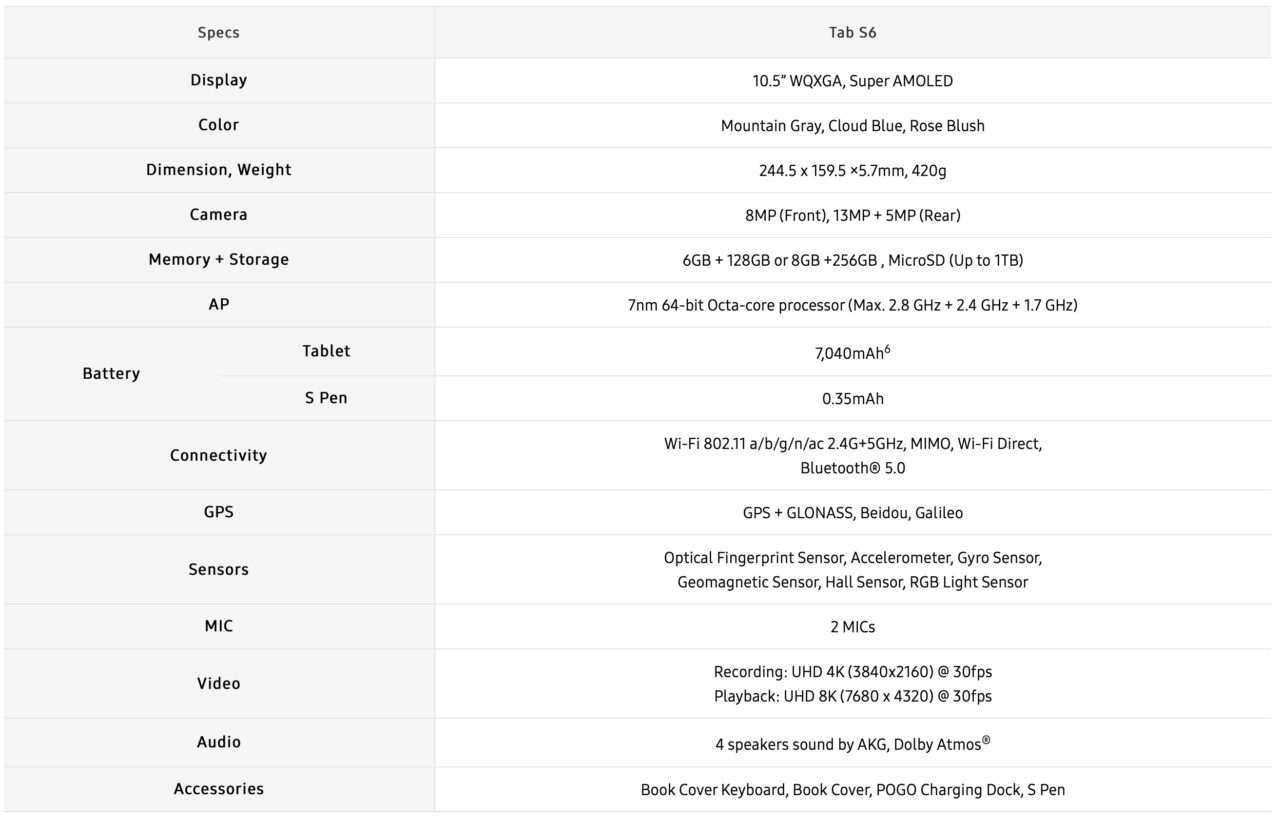