Samsung wants constantly-connected millennials to consider buying an Android tablet from the company. To do that, it thinks it has the right tool: the Galaxy Tab S5e.

The 10.5-inch device measures in at 400 grams and 5.5mm thick, but still features an HDR-capable Super AMOLED display with 81 percent surface coverage, quad speakers with stereo output enhanced by AKG tuning and Dolby Atmos spatial work, a fingerprint sensor-power button hybrid, USB 3.1 via a Type-C port and room for expansion with a separately available folio and DeX compatibility for multitasking on larger screens.

Sadly, the display is not digitized for any S Pen use and the headphone jack is gone — a USB-C dongle comes in the box.

But in order for this tablet to be essential — that’s what the ‘e’ stands for, by the way — to its audience, Samsung believes it needs the software to connect the dots for them.

This is the first time its Bixby AI service is on tablets and it’s launched on version 2.0 to boot. As many Android tablets are considered a tech hub for the home, Samsung envisions users turning their lights, thermostats or televisions on or off through the SmarThings interface.

Outside of that, though, the chaebol is going further in pushing a feature that various carriers have brought, but few outside of that realm are able to: Call and Message Continuity. It’s a feature that will be exclusive to S5e at the moment, but allows Samsung account holders to link their Galaxy smartphone up with the tablet to take and receive calls and SMS, so long as both devices are connected to the internet — however, functionality may be limited per carrier.

Wrapping up loose specs that we haven’t covered in the list above, we’ve got dual-band Wi-Fi, Bluetooth 5 and GPS. 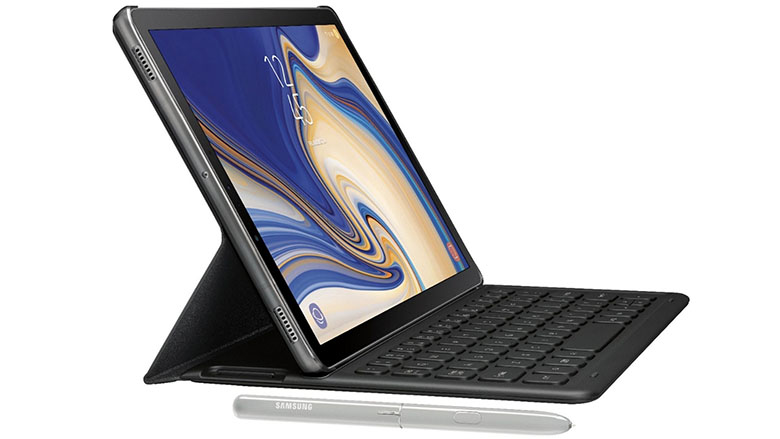 All in all, it’s not an Android leap for those seeking a productivity tool like a $650 Galaxy Tab S4 (pictured above), but more than just a media device that can be found in any particular Galaxy Tab A. As such, the Tab S5e is priced accordingly.

Carriers will have LTE-enabled versions later on this year.

The Notes app will now allow users to scan and edit documents from within the app itself.