Samsung Galaxy Tab S4 10.5 could be right around the corner with Snapdragon 835

It’s definitely not unusual for Samsung to unveil more than one product at a major trade show like the Mobile World Congress, but given the insane amount of attention the upcoming Galaxy S9 smartphone duo is getting, we were ready to wager that’s all the chaebol was planning to announce on February 25.

Granted, a sequel to the Galaxy Tab S3 is technically due this month, although last year’s S Pen-wielding 9.7-incher took quite a while to follow in the footsteps of 2015’s Galaxy Tab S2 9.7.

This time, something tells us Samsung will be sticking to a more traditional upgrade schedule. That certain something is a recent GFXBench record of an SM-T835, which can only be one device. Namely, an LTE-enabled configuration of the Galaxy Tab S4, since SM-T825 and SM-T815 are model numbers designating similar Tab S3 and S2 versions respectively. 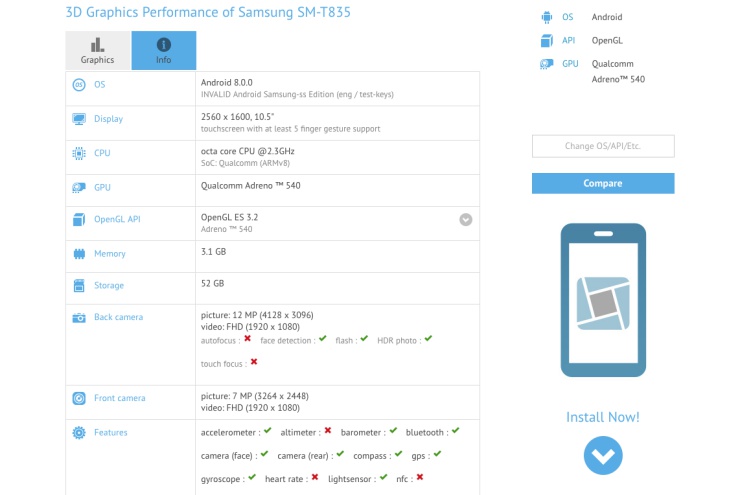 We start with Amazon Prime Day deals, check out the latest Nokia 8.3 5G that can be yours right now for just $441 and get a free case

The new generation of Samsung foldable devices aren’t cheap by any means.…