That long overdue Samsung Galaxy Tab S3 is launching on and offline stateside on March 24, with pre-orders underway a week early starting at $600.
Published 16 March 2017, 15:04 EDT

If an indefinite lack of official Google Assistant support doesn’t feel like a major deal breaker, and you have $600 to spend on something other than a beautiful new phone with lots of screen real estate and minimal bezels, that long overdue Samsung Galaxy Tab S3 is coming to a store near you on March 24.

First things first, US pre-orders are today confirmed to open as early as tomorrow, March 17, at Samsung.com and “select retailers” including Best Buy and Amazon. Available in black and silver for $599.99 from all authorized sellers in a Wi-Fi-only configuration, the slate technically billed as a “2-in-1” should eventually offer LTE connectivity as well on unknown carriers.

To be clear though, your six Benjamins won’t also cover a hot new Pogo keyboard capable of seamlessly transforming the Android Nougat-powered 9.7-incher into a mini-laptop of sorts. The productivity-enhancing accessory is itself headed for on and offline shops March 24, fetching an additional $129.99. 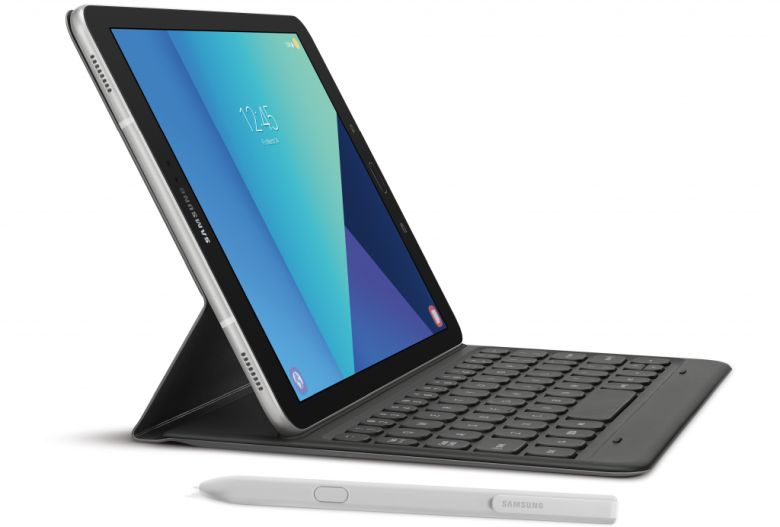 What you do get bundled in as standard is a “refined” S Pen with increased pressure sensitivity and a growing set of features and apps leveraging its strengths, like Smart Select, Translate, Magnify, Glance, Samsung Notes, and PEN.UP.

That, and perhaps HDR video playback functionality, are the key advantages of the Galaxy Tab S3 over Apple’s 9.7-inch iPad Pro, which also starts at $600, but with both a Smart Keyboard and Pencil sold separately. Will it be enough to hold off next-gen iPads though?