Well, well, well. What have we here? It’s even more leaked intel on that Android-based Galaxy Tab S3 around the corner, live imagery included, plus apparent branding confirmation for a mysterious Windows 10-powered Galaxy Book product.

This could be the new name of the presumed second-gen Galaxy TabPro S, or something else entirely, like perhaps a bigger, badder Surface Book rival. Another theory is that it’s actually a smaller, lower-end TabPro S variant, recently seen scoring Bluetooth SIG certification under the SM-W627 model number.

Meanwhile, we have far more substantial information to share about the long overdue Tab S3, aka SM-T820, after being photographed in the flesh as it received the Taiwanese National Communications Comission’s green light for a regional Wi-Fi-only release.

The upcoming 9.7-incher looks extremely similar to its 2015 predecessor, as expected, also following the general design direction of the company’s flagship phones these past few years with a premium metal-and-glass construction. 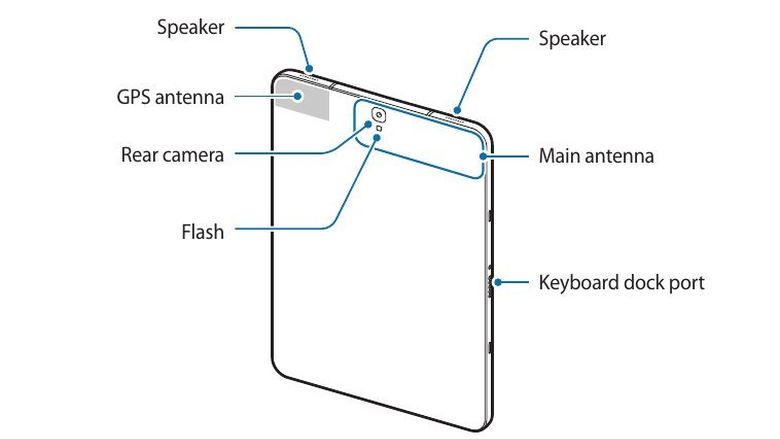 Its screen bezels aren’t too thick, although they’re still light-years away from Galaxy S8’s subtlety, and almost certainly, the physical home button on the slate’s front contains a fingerprint reader.

Last but by no means least, a detailed user manual confirms what we only suspected a while ago. Namely, that the Galaxy Tab S3 will natively support its own keyboard dock with a TabPro S-like “smart connector.” Also, the jumbo-sized S Pen to be offered alongside the Android tablet includes a clip for easy attachment when not in use. Finally, this neat Screen Off Memo app seemingly allows you to take handwritten notes without turning on the display. Coolio!