It’s tough to get excited about tablets nowadays. With the rise of ever-more-capable large format smartphones like the Galaxy Note 4 and Google Nexus 6, the “large” screens of tablets are no longer as alluring – and their higher price tags not quite as easy to justify. To really stand out, a modern tablet needs an element of novelty (like the innovative Sailfish OS on the Jolla Tablet), a rare hardware feature (like the water-resistance of Sony’s Xperia line) or a compelling productivity enhancement (like the S Pen stylus on Samsung’s larger Galaxy Note tablets).

The Galaxy Tab S2, announced earlier today, brings none of these. 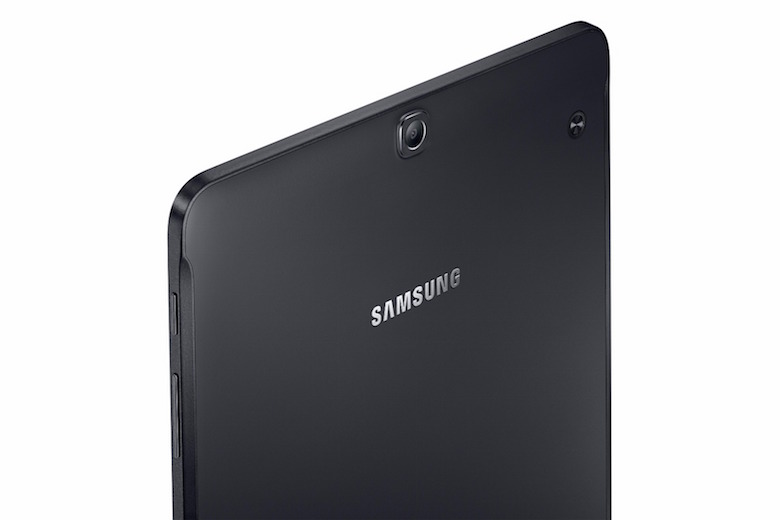 That’s not to say it’s destined for failure. On the contrary, Samsung’s marketing muscle combined with the wide appeal of the first-generation Tab S family bode well for the sequel. Enhancements like a fingerprint scanner, newer processor and added onboard storage give the S2 a slight spec edge over its predecessor. Furthermore, the Galaxy Tab S2 looks rather beautiful in the press renders, striking a careful balance between the soft curves of its tablet predecessors and the more aggressive angles of the smaller Galaxy Alpha and Galaxy Note 4 smartphones. And at 5.6mm, it’s super-thin to boot: nearly 20% slimmer than the Xperia Tablet Z that blew us away with its svelte dimensions just two years ago. Personally, I can’t wait to get my hands on it.

But Samsung isn’t immune to the reality of compromise, and some big ones were required to bring the Galaxy Tab S2 into existence. Most notably, what it loses in girth it also loses in battery capacity. Depending on screen size, the Galaxy Tab S2 comes with either a 4,000 or a 5,870 mAh battery (down from 4,900 mAh and 7,900 mAh on its forerunners). Endurance is not an area Samsung has recently excelled in: in our review testing, the otherwise-fantastic Galaxy S6 suffered from terrible battery life irrespective of wireless carrier. Its sibling the Galaxy S6 Active delivered acceptable endurance – but at the expense of ditching the S6’s super-slim profile. So the Galaxy Tab S2’s paper-thin dimensions give us pause.

On the plus side, that battery will be pushing fewer pixels than before (2048 x 1536, down from 2560 x 1600 on last year’s Tab S) which might help it hold out a bit longer. Most buyers probably won’t notice the ppi reduction: the 264ppi density of the larger model matches that of Apple’s iPad Air 2, while the smaller Samsung’s 320ppi rating nearly matches the 326ppi density on the iPad mini with Retina display. It hardly needs to be said that Apple has no trouble moving iPads, which might offer some explanation for Samsung’s decision ditch its traditional widescreen 16:9/16:10 format for the squarer 4:3 aspect ratio Apple has favored from the start.

The changes in resolution, aspect ratio and speaker placement give the Galaxy Tab S2 the look of a mutant iPad, much as Samsung’s Galaxy S6 apes the look and feel of the iPhone 6. And that’s hardly a bad thing: the S6 is a beautiful device, as I suspect the Galaxy Tab S2 will be when it graduates from press renders to the real deal. But in emulating the design of its chief rival, Samsung has made the Galaxy Tab S2 less unique … and less appealing as a result. 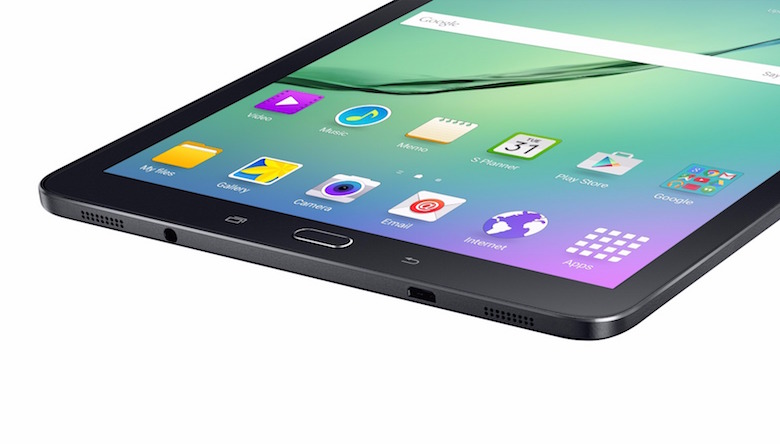 Samsung often comes out on top with specs in smartphones, but that’s seldom true in its Galaxy Tab line. This year’s offering is no different: with a probable Exynos 5433 and 3GB of LPDDR3 RAM, the Tab S2 is packing the same guts as last year’s Galaxy Note 4. Which is fine –the Note 4 certainly ran well out of the box– but even with newer software, it’s by no means guaranteed that Samsung’s TouchWiz third-party UI will age gracefully on that hardware. Also, tablets are longer-term investments than smartphones, and it’s discouraging to see a $400-$500 product* launch with last year’s specs, midrange or no.

Yes, “midrange” is the name of the game. This isn’t a Galaxy Note (at least not in the modern sense) and it’s not trying to be. It’s positioned to appeal to the mainstream buyer trying to strike a moderate balance between cost and capabilities, and given Samsung’s ample marketing muscle, it may do quite well. It’ll also likely retain the title of “world’s thinnest tablet” for a while, which will appeal to those who value portability but shy away from phablets.

But as befitting its brand name, the Galaxy Tab S2 seems less revolutionary than evolutionary. It brings a shrunken battery to a world full of wall-huggers, and it brings last year’s specs to a processing-intensive OS. Most crucially: aside from thinness, it brings nothing terribly special to a segment whose sales have been in continuous decline for over a year. We’ll see if that’s ultimately true when we bring the S2 in for a full review, but for now, that shortcoming looks to be its biggest.

*Price is conjecture based on last year’s Tab S positioning.

Check out the latest deals on OnePlus devices that lets you save on the latest OnePlus 9 Pro, the OnePlus 8T, and more