Last night we got our first look at the new Galaxy Tab S Android tablets from Samsung. Take a look at our hands-on video.
Published 13 June 2014, 11:38 EDT

Last night in New York City, Samsung launched their new Samsung Galaxy Tab S series of Android tablets and after the presentation, we got to try them out for the first time.  You can read more about all the specs and special bundles in our announcement post. The big thing about the Samsung Galaxy Tab S is the new Super Amoled screen. We’ve known about the advantages of AMOLED screens for a long time on smart phones, but this is the first time we’ve seen them on tablets. Samsung’s Super AMOLED screens look amazing on smartphones and they still look amazing on their tablets. Colors are more saturated and more accurate, blacks are richer, and everything looks better outdoors. Take a look at the new 8.4″ and 10.5″ Galaxy Tab S tablets in our video below! 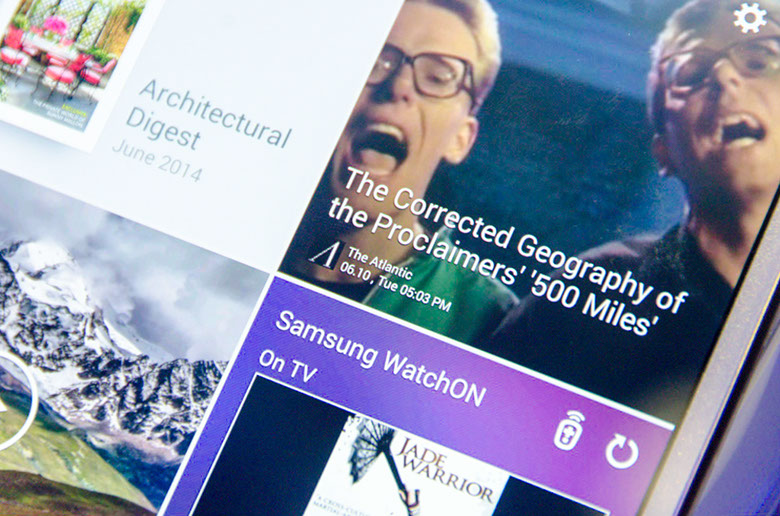 Take a look at the screen! The colors look great, the blacks look great, the video playback looks great. We didn’t get to take it outside into the sunlight, but supposedly it looks great they’re too. We also didn’t get to try the auto white balance that adjusts for ambient light, but that sounds like a great feature too. When compared to an iPad, you can see the difference in color reproduction and contrast. It’s very plain to see that the Galaxy Tab S has a far superior display. 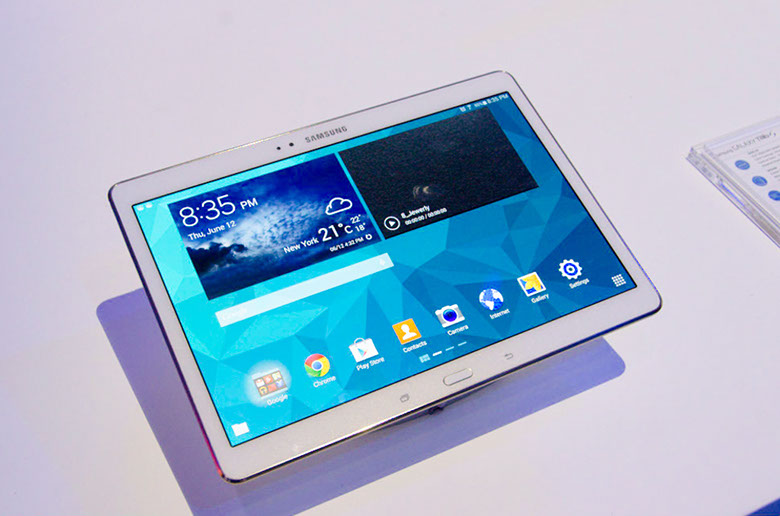 The 10.5 inch model is just as nice. Its bezel hardware buttons are along the bottom edge when held in landscape mode as opposed to the 8″ versions more portrait orientation. The hardware home button on both also has a finger print scanner, and you can configure it for multiple users. When you create a new user, it goes through the whole new setup process where you’ll log in with separate Gmail account and all that. Then the user selection menu will show up on the lock screen.

Both models include some software enhancements and bundled “gifts” as Samsung calls them. The gifts app lists them all out for you and you can selectively download the ones you want our install them all at once. Many of the content related gifts are really just trial subscriptions that end after a few months. Though the free Gravity movie is really nice. 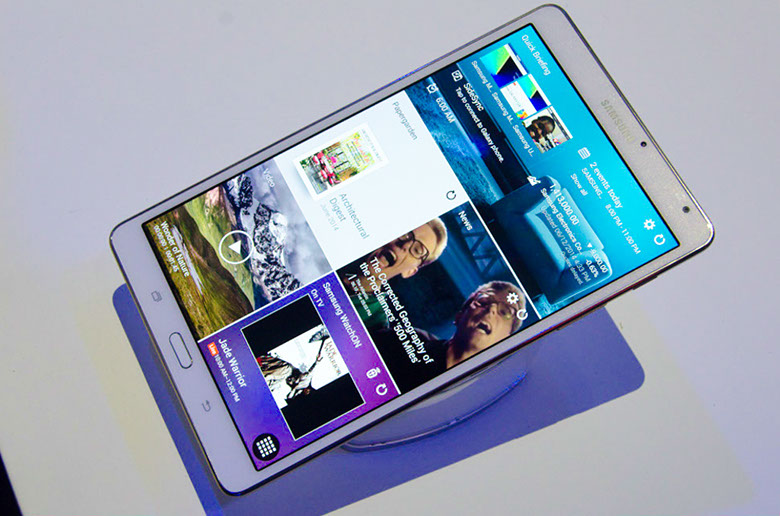 There’s yet another new music app from Samsung and this time it’s called milk. The interface is very unique with some kind of circular dial that let’s you rotate through different stations. Then there are suffered that let you control different aspects of the play list.

The “Side sync” feature is something that I was quite interested in since I loved that capability on Windows Mobile a decade ago. Unfortunately, Samsung’s Side Sync demo seemed very slow and laggy. 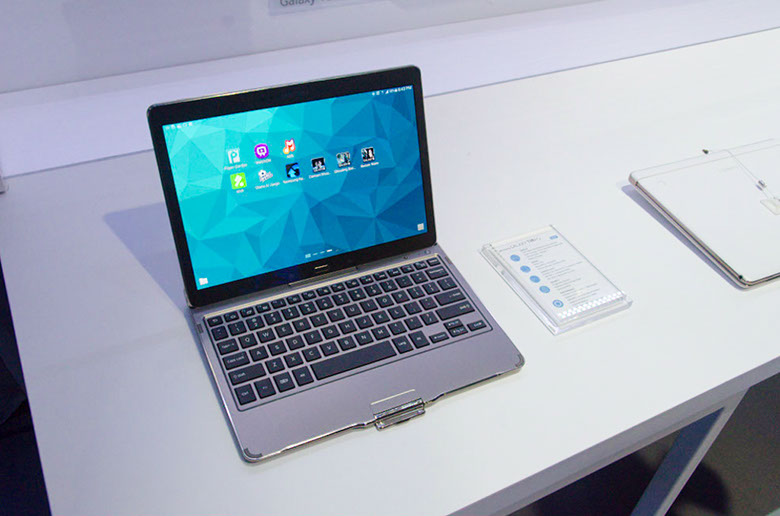 There will be some nice accessories for the Galaxy Tab S tablets. There’s a cover that has multiple folding options that will set the tablet on a table at various angles. Both tablets also have Bluetooth keyboards available. They’re hard plastic keyboards without a hinge, but they do have a latch so that you can attach the keyboard to the table for protection and travel.