Check out these leaked press renders of the upcoming Samsung Galaxy Tab 4 10.1. We also have some rumored specs inside.
Published 30 March 2014, 01:07 EDT

Mid-last-week we’ve seen the initial renders of the Tab 4 7.0 get leaked courtesy of @evleaks and today we’re being treated to official press images of another upcoming South Korean slate, the Samsung Galaxy Tab 4 10.1. There’s no doubt that both of these tablets will be part of the same family of products, and they’re expected to be less powerful/more affordable devices compared to the CES TabPRO and NotePRO line-up.

As the name implies, the Samsung Galaxy Tab 4 10.1 will have a ten-inch screen, and so far it is expected to have a resolution of 1280 x 800. While nothing is official for now, rumors talk about a 1.2GHz quad-core Snapdragon 400 processor, 1.5GB of RAM, and 16GB of internal storage, alongside a 3MP/1.2MP shooter combo, and Android 4.4 KitKat on-board. Considering the lower-end specifications, we should expect a rather attractive price point, but we’ll have to wait until Samsung makes everything official (maybe on April 24, as seen on the renders?). 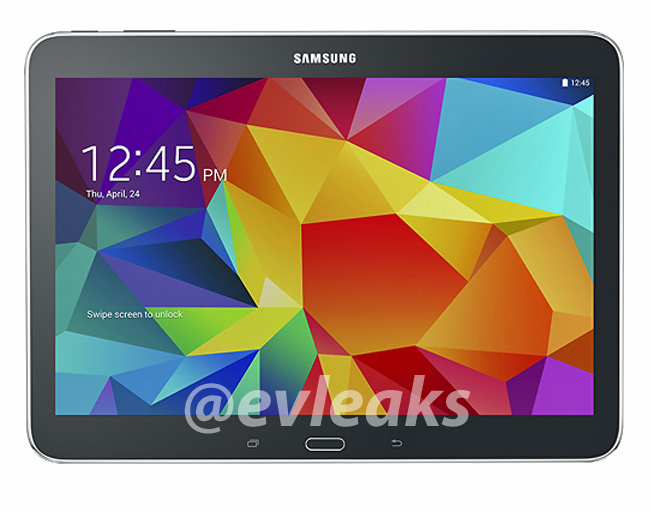