The specifications only tell part of the “refined” and “reimagined” Samsung Galaxy S9 story, but it’s a remarkable part meant to set a new standard for high-end Android phones.

Samsung basically painted itself into a corner with the revolutionary Galaxy S8 design last year, leaving almost no room for visual Galaxy S9 changes. Well, apart from the universally loathed fingerprint sensor position, which is now a thing of the past.

But the “next big thing” comes with loads of innovative new camera features, as well as typical processing power upgrades, more memory (on the S9+), stereo speakers (across the board), three different biometric authentication options, and above all, personalized AR Emoji.

Using a machine learning algorithm, the AR Emoji feature is Samsung’s not-so-subtle way of acknowledging and trying to usurp a trend started by Apple’s love-or-hate iPhone X Animoji functionality. The Galaxy S9 implementation sounds just as gimmicky, but also very complex, with the ability to create a 3D model that reflects and imitates dozens of expressions. Users can truly customize their animated emoji clones, opening up a world of fun, interactive and potentially annoying experiences. 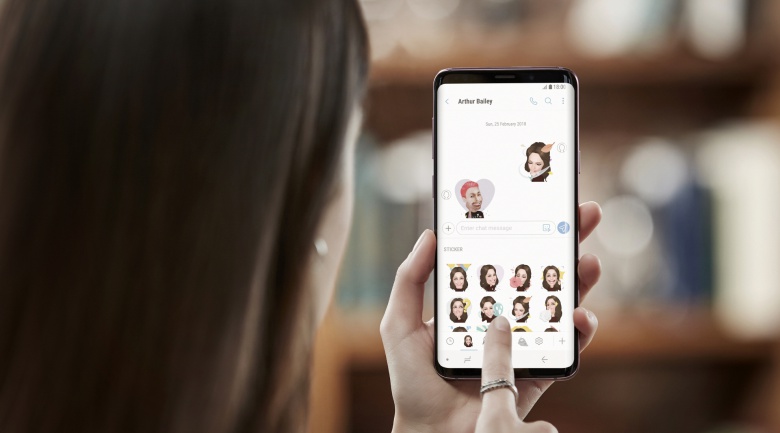 Both the dual camera setup on the back of the Galaxy S9+ and the “regular” S9’s single rear shooter shine when it comes to low-light performance and slow-motion video recording. Dual Aperture technology ensures just the right amount of light is used at night and during the day, while 960 frames per second are supported for those special moments when you want every little detail captured.

Bixby can also do more with real-time object detection and recognition, Live Translation, as well as various other deep learning technologies.

Unsurprisingly, Samsung is splitting the world in two once again, offering either Snapdragon 845 or Exynos 9810 processing muscle, depending on where you live. It’s safe to expect similar performance from the two 10nm-based, 64-bit chips, with pretty much identical CPU configurations.