Extremely similar to the S8 and S8+ on the outside, the upcoming Samsung Galaxy S9 and S9+ will also pack identical batteries, according to official certification info from Brazil.
Published 15 January 2018, 12:32 EST

Despite a successful CES 2018 demo of a “full-production” Vivo smartphone with an industry-first in-display fingerprint scanner developed by Synaptics, Samsung pretty much has to play it safe when it comes to Galaxy S9 biometric authentication.

After releasing a Galaxy S8 duo with “Infinity Display” technology last year that had very little in common with 2016’s GS7 and S7 Edge in terms of exterior design, we can’t say we’re too surprised to see the GS9 and S9+ shape up extremely similar to their predecessors from that standpoint either. 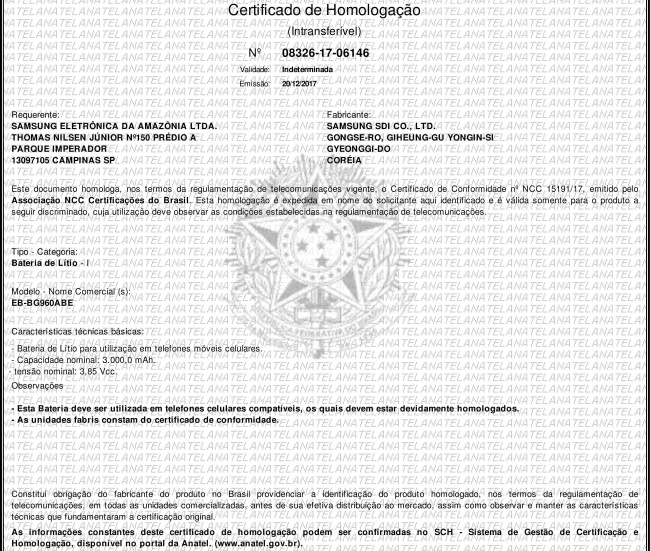 Still, a few internal upgrades are essentially guaranteed, along with a big leap in camera functionality, but unsurprisingly, battery capacity is expected to go unchanged. You won’t even get an extra 200 mAh of juice, according to Anatel, Brazil’s FCC-equivalent national telecommunications agency.

The certification center apparently approved Samsung SM-G960 and SM-G965 devices for regional use back on December 20 and 21 respectively, revealing the former packs a 3000 mAh and the latter a 3500 mAh battery. 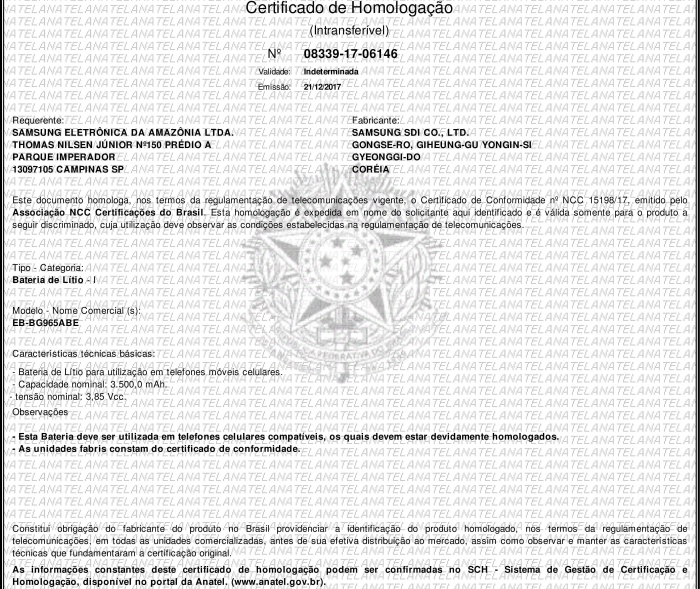 There’s no prize for guessing what products the two model numbers designate, seeing as how the Galaxy S8 is also known as SM-G950, and the S8+ goes by the alternate SM-G955 denomination. We don’t think Anatel’s admission documents contain false or inaccurate information either, so we’ll just have to hope the Snapdragon 845 and Exynos 9810 processors are carefully optimized for top-notch energy efficiency.

The President of HONOR’s Business unit, Zhao Ming addressed the issue after the launch of HONOR X10.