Samsung Galaxy S9+ After The Buzz: Still Worth It? (video)

To conclude, let’s just say that a full year later, there are still reasons to consider buying a Samsung Galaxy S9+, and also a good deal of warning signs to go with it.
Published 19 February 2019, 11:00 EST

Even if most products get forgotten by the media after their review period, there are a few that stand out. Gadgets that people still ask about months later. Some that we even decide to hold on to as daily drivers, and that we get to see age over time. The Samsung Galaxy S9+ is one of them. We’re just a few days away from the next Unpacked event, and if your mind is set on grabbing a good deal on our favorite all-rounder of 2018, you’ve come to the right place.

For the past four generations, we’ve considered Samsung’s latest Galaxy S as the best all-rounder. Not the Jack of All Trades and master of none. This is actually a phone that can do a ton of things, and gets most of these right. Though when it comes to aging, some things are good, others are not.

This was my primary smartphone for about two months after its release, and I drifted back to it a few times for comparison purposes. During that time It’s suffered two hard falls onto concrete, one from waist height which left a flat dent on the top right corner, and then the other from a tall table, which I thought would obliterate the glass. It did end up with two horrible dents on opposite corners, but that was it. The glass on both sides is nearly scratch free, and if it wasn’t for the fading of oleophobic coating, which has left me with smudge central, this phone is a champ at taking a beating.

I learned my lesson and started using this awesome leather case by Mujjo. I highly recommend their minimalistic approach to Galaxy cases, and the fact that even after a third major drop with the case, the leather barely shows signs of wear.

Size wise, this phone was a breath of fresh air after my time with the Note 8. The curvier body makes it less of a pain to carry in jeans, and more comfortable to hold in your hand. Little things like the movement of the fingerprint scanner to an ergonomic area went really far for me, because this IR-scanning face to unlock is still hit or miss even today.

It was also a refreshing solution to the notch-frenzy of 2018. This 6.2-inch Super AMOLED Infinity display is still our favorite, and second only to the larger Galaxy Note 9. From its amazing color reproduction and contrast, to its great viewing angles and that infinity pool effect seen from the side, to its overall symmetry, this screen is an industry standard. It’s stereo speakers even a year later sound louder than most competitors that launched later, it’s one of the proud few that kept the headphone jack, and this phone even has my favorite Always-On-Display as well, with more useful information than most. 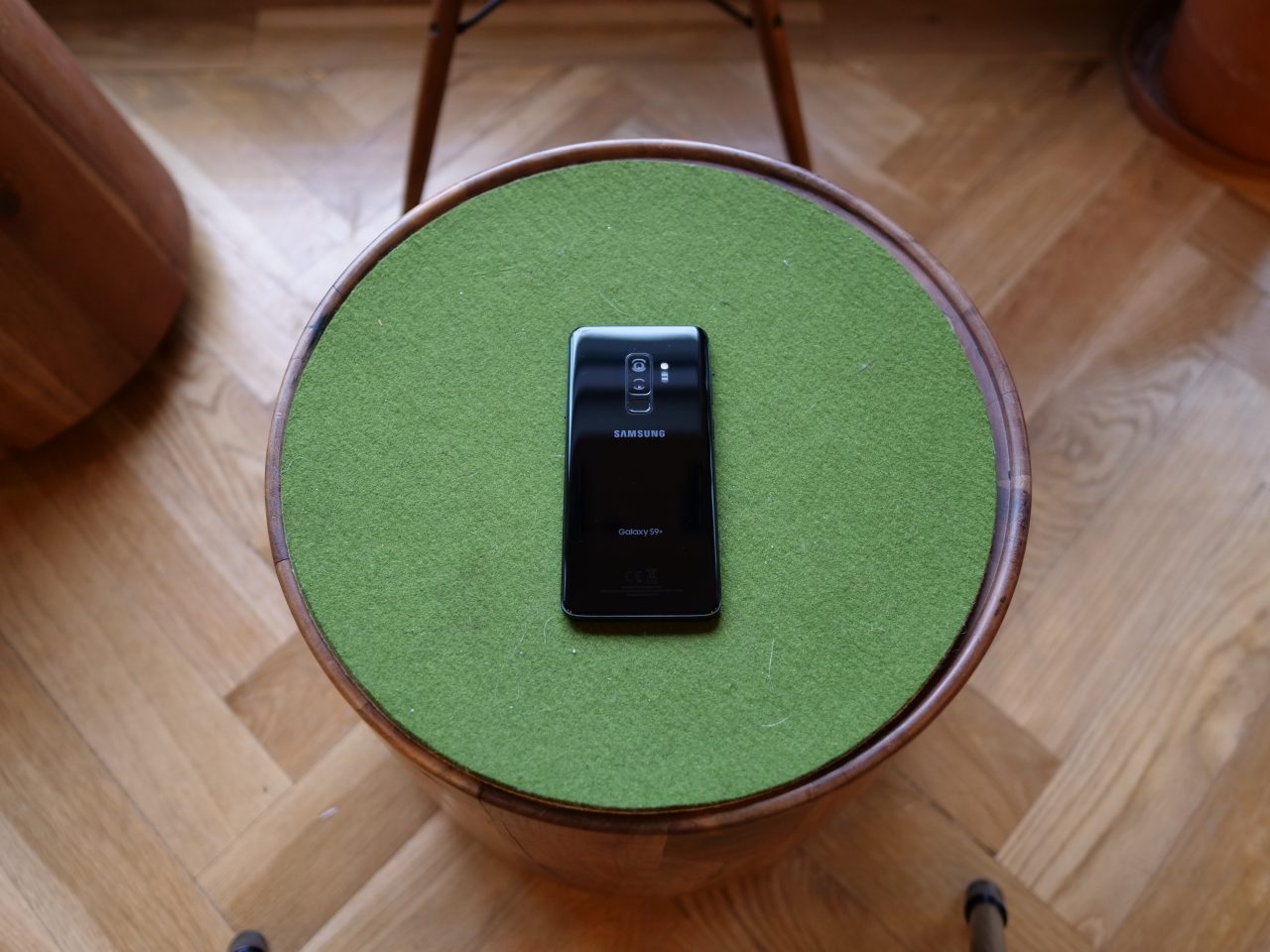 Its internals have also aged well. The Qualcomm Snapdragon 845 spent the year powering all our favorite phones, and it was well matched here with 6 gigs of RAM, 64 gigs of expandable storage, and a decently-sized 3,500mAh battery. This phone continues to be one of the few that supports faster wireless charging, fast charging through USB-C, and IP68 water and dust resistance meant peace of mind in all conditions as I used it.

Sadly, not everything is perfect. I’ve spent weeks delaying this video because I was waiting to showcase my thoughts on One UI over Android Pie. Yeah, no.. That hasn’t happened, and this is seriously one of the most frustrating things about Samsung Phones. They are notorious for late updates, or for this flat out illogical approach to fragmenting updates.

I have noticed some slowdowns here and there in how this phone performs, which is quite odd considering that my Note 9 has the exact same specs and UI and doesn’t bog down. It’s not to say that performance is terrible. You’ll rarely notice stutters. It’s just not expected from a phone of this caliber, and is stuff which One UI is supposed to fix, if I only got the update.

And then there’s the case of battery life where even if you don’t touch this phone for hours, the battery will take a hit regardless, stuff which you won’t see on the Note 9. I’ve switched off features like Bixby from the launcher just to assist performance more, since that’s one software feature I still don’t consider superior to the Google Assistant that’s also built in. Things I do praise from Samsung’s software are the edge menus. I do use them constantly for shortcuts and app pairs. 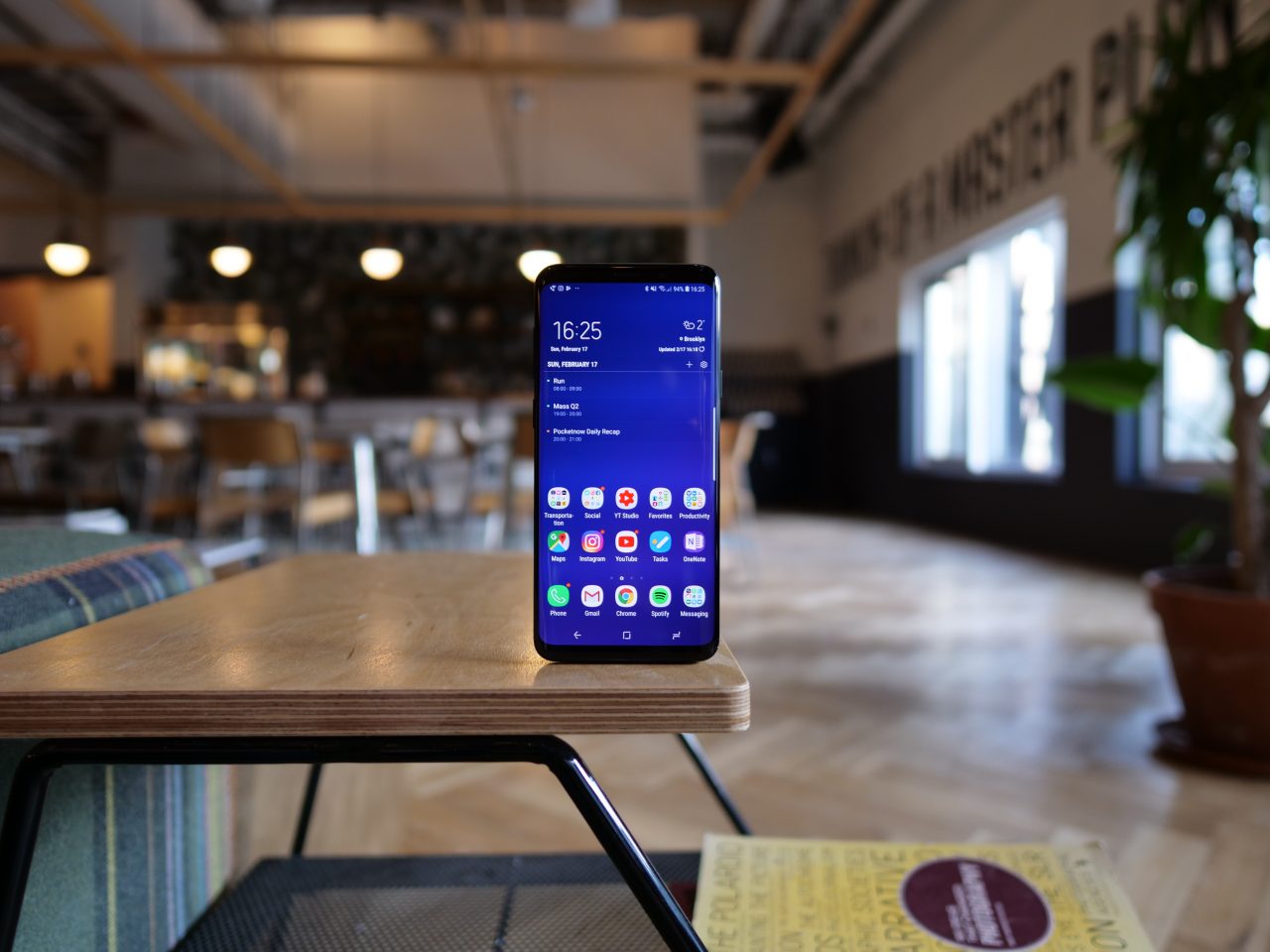 Now one thing that did age really well on this phone is the camera. I praised the camera during my review given its interesting approach through variable aperture, and I feel certain software updates have made it even better. I love this new subtle approach to photography where photos don’t look oversaturated any more. Colors are on point and dynamic range is just epic. Even in low light this camera now pulls more light in dark scenarios than it did when it launched. I sadly still feel that Samsung needs to work on shutter speed as moving subjects are hit or miss. And then video recording on this phone has also seen an interesting boost, now not as muted as before, with some really good stabilization, and improved dynamic range. Selfie videos stills suffer from a bad crop, but stabilization is good and this is one of only a few phones that support 2K video recording.

To conclude, let’s just say that a full year later, there are still reasons to consider buying a Samsung Galaxy S9+, and also a good deal of warning signs to go with it.

I did not expect this hardware to age so well. That second drop this phone withstood should’ve broken it, and it’s still looking nearly new at least from a distance. Sadly I wish I could say the same about software. If a year later this phone has trouble getting a major Android update, I doubt it’ll get any better over the next year or so.

Would I still buy one if it were my money? I would if I found a good deal on places like Swappa. It’s not worth it to buy this phone new right now. I doubt any carrier deals would beat what you’ll find for a lightly used product on Swappa. If you’re still holding on to an S9+ and are considering upgrading, this is the best time to list it on Swappa. Resale value is proven to be highest before the next announcement, and we’re just a few days away.

The Samsung Galaxy S9+ is definitely a great phone. Samsung just needs to work harder on having its software age as well as its hardware.

The stock has been running very low for the Google Pixel 5 and Pixel 4a 5G at various retailers and even in the Google Store.

Today’s best smartphone deals come from Samsung.com, where we find the Samsung Galaxy S21 series, the Galaxy Note 20, and more on sale