The Samsung Galaxy S9 rumor game has been quite the emotional roller coaster so far, as the next “Infinity Display” flagship bounced back and forth between a “typical” and premature release schedule, with tipsters and leakers also not able to agree on the degree of change in the pipeline.

A drastic redesign was pretty much out of the question right off the bat, considering how different the Galaxy S8 and S8+ look from their predecessors. But Samsung could have aimed for a new screen-to-body ratio record without radically altering its 2017 hero devices. 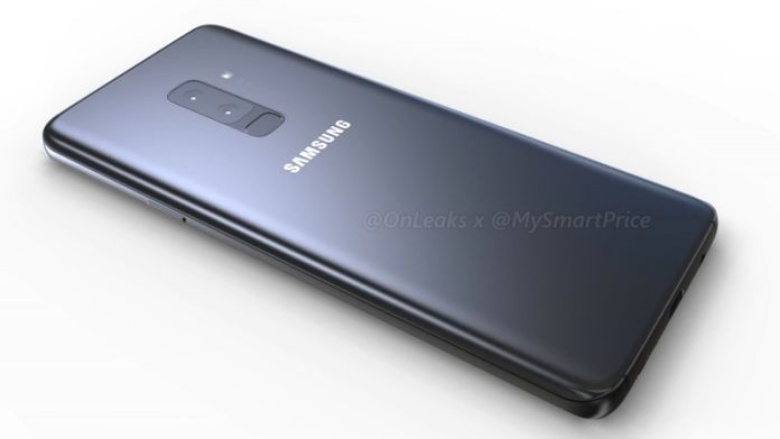 Synaptics again sparked hope for an “invisible” in-display fingerprint scanner earlier this week, though clearly, the “human interface solution” developer was talking about some other “top five” OEM and “Tier 1 customer phone.”

That’s because Steve Hemmerstoffer, aka @OnLeaks, who is very rarely wrong about these things, just shared a bunch of factory CAD-based renders with the world, showcasing two decidedly sleek designs with easily noticeable rear-mounted fingerprint readers.

On the bright side, Samsung has moved stuff around on the backs of the Galaxy S9 and S9+, placing the biometric sensor below the main camera rather than right next to it. As previously speculated, only the larger version of the company’s next-gen flagship sports a dual shooting arrangement, and the S9 Plus could also upgrade the “regular” model’s 4GB RAM count to a full 6 gigs.

On the front, very little seems changed, with top and bottom bezels said to shrink by an imperceptible 0.1mm each. The new “Infinity Displays” should measure roughly 5.65 and 6.1 inches in diagonal, with the same rounded corners and curved edges as before, and extremely similar overall product dimensions to the S8 and S8+. Namely, 147.6 x 68.7 x 8.4mm for the S9 and 157.7 x 73.8 x 8.5mm for the S9+, which makes for slightly shorter but wider and thicker devices. Oh, and don’t worry, the headphone jack isn’t going anywhere, and neither is that divisive Bixby button.