Here’s all you need to know about Galaxy S8 EU pricing, and confirmation of three colors

Two of the last remaining pieces of the Samsung Galaxy S8 puzzle have neatly fallen into place, as EU pricing and three colors are etched in stone.

Unfounded speculation and educated guesses are one thing, but when Evan Blass tweets the Galaxy S8 family’s pricing breakdown ten days ahead of the highly anticipated Unpacked event, you can take it to the bank… and ask for a small loan while you’re there.

You’ll apparently need at least €799 on the old continent to get your mitts on Samsung’s “next big thing”, which sounds about right, considering how much prettier even the standard Galaxy S8 will look compared to its flat-screened predecessor.

Of course, €799 may convert to roughly $800 stateside ($750, best case scenario), and we already have a super-snazzy 2017 flagship phone with slim bezels going for a lot less around those parts. Not to mention the Samsung Galaxy S8+ is predictably (ev) leaked to cost more, i.e. €899 across select European territories.

If you want some extra productivity or immersion from the two next-gen hero devices, expect to cough up an additional €150 for the DeX Station, aka desktop dock, €129 for a new Gear VR headset (separate controller presumably included), and €229 for the second-gen Gear 360 camera. Nothing too shocking there, although we sure hope US carriers will throw in a couple of accessories free of charge. 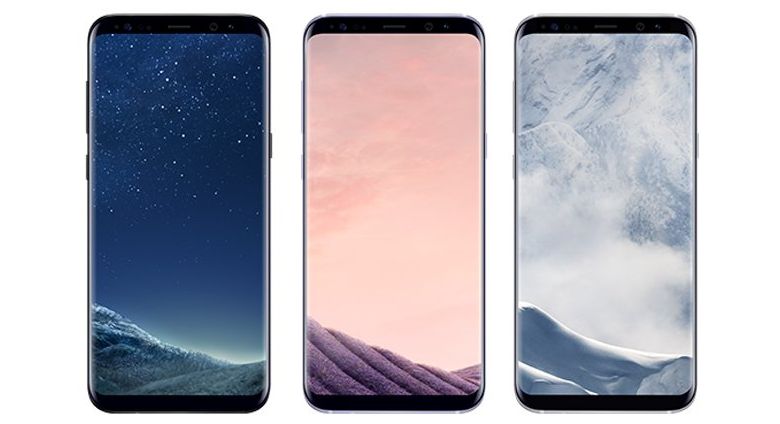 Meanwhile, we still can’t be certain how many Galaxy S8 colors are coming and where, but “black sky”, “orchid grey” and “arctic silver” paint jobs have just gained confirmation, courtesy of a nifty series of ultra-high-res renders.

Note that the three S8/S8+ variants feature all-black façades, which may seem weird and… safe, but it definitely does a great job camouflaging the massive top row of sensors and cameras.