Samsung’s been sitting on its follow-up to the Galaxy Note 7 for several months now. We’ve given you the rumors and drummed up the hype. Now, it’s here.

Finally, we’ve come to the moment that Samsung Electronics has been waiting for. The company has had a chip on its shoulder since the spectacle that was the total recall of the Galaxy Note 7. Now, at the same time it is pursuing to salvage the remains of the model for some commercial revenue, it has announced the obelisk that’s intended for the vast audience to grab at.

The Galaxy S8 has come to light as Samsung’s spring highlight smartphone with more screen real estate for size than any other widely available device. The 18.5:9 aspect ratio allows for a densely resolute Infinite Display and with Samsung’s Super AMOLED technology able to produce HDR color gamuts, movies should theoretically be a treat on this thing. If you’re cropping content on this phone, note that the corners are rounded off for that extra bit of aesthetic crispness. The curved “edge” glass acts as a bonus to that effect. 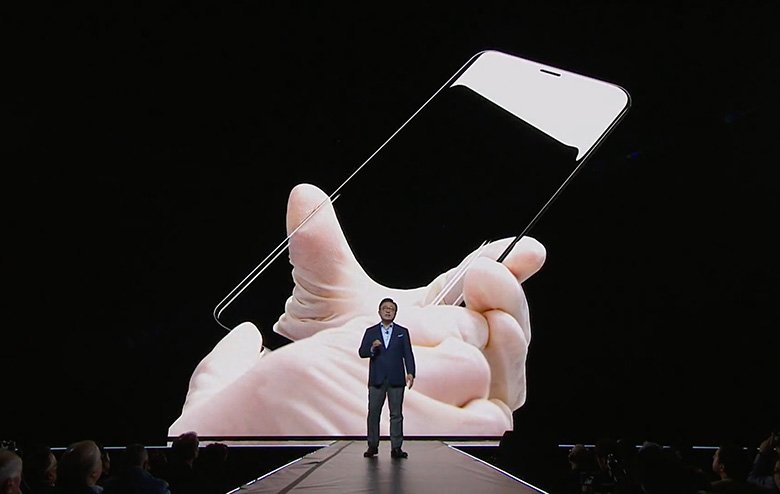 In addition to the specs you see above, you should also know that the device is rated IP68 for total dust-proofing and water resistance to 1.5 meters for 30 minutes — despite that, the 3.5mm headphone jack remains in place. Elsewhere on the device, you’ll find no home button, though the fingerprint sensor has only been moved to a controversial right flank of the rear camera. Across from the selfie camera is the iris scanner that’s a tad more secure than a simple new face detection system. 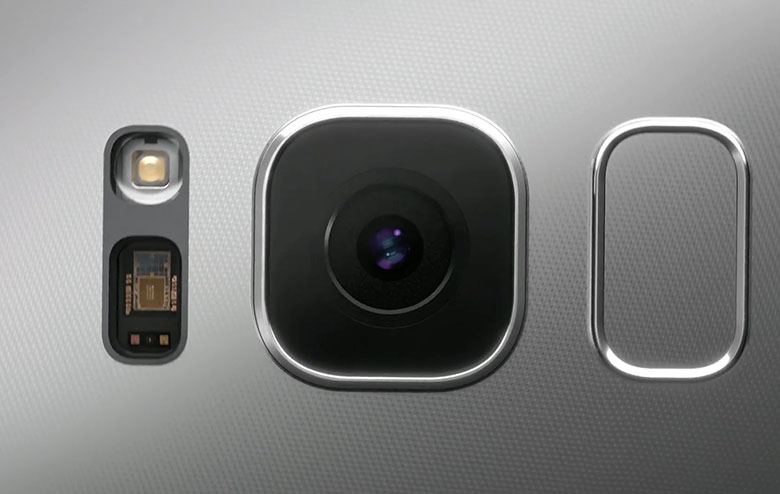 The Galaxy S8 also leads the pack in implementing the new Bluetooth 5.0 standard, thus allowing for simultaneous wireless audio streaming to a pair of connected speakers or headsets.

Software mainstays continue to plod on with the MST-enabled Samsung Pay, the Knox security suite and infamous TouchWiz UI aided by Android 7.0.

Color availability will differ between regions and retailers, with black, grey and silver flavors reportedly coming to the US, and gold and blue headed for unnamed “international” markets. Pre-orders will begin tomorrow, March 30, though pricing is up for regional players to determine. Stateside, shipping will be underway April 21.

Stay tuned for continuing video and editorial coverage from Pocketnow with a team on the ground in New York. 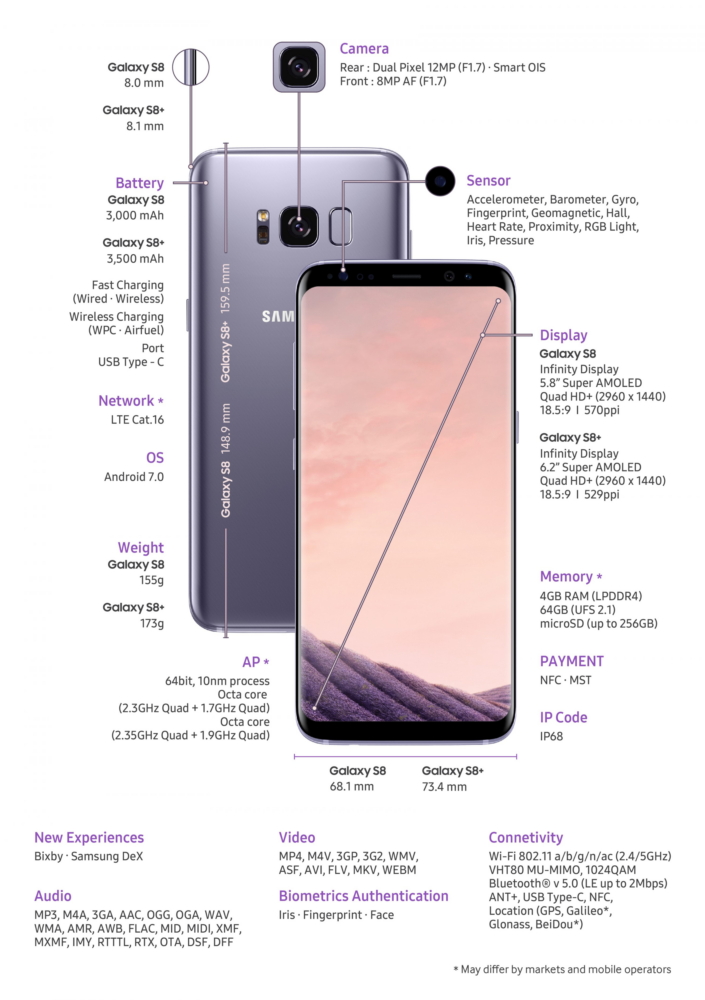