Samsung seems heavily invested in blasting the screen acreage up a notch for its upcoming Galaxy S8 and Galaxy S8 Plus. One case maker thinks so much so, it revealed to GSMArena the reported dimensions of the soon-to-be phones. Both devices contrast from the smaller Galaxy S7 and Galaxy S7 edge. 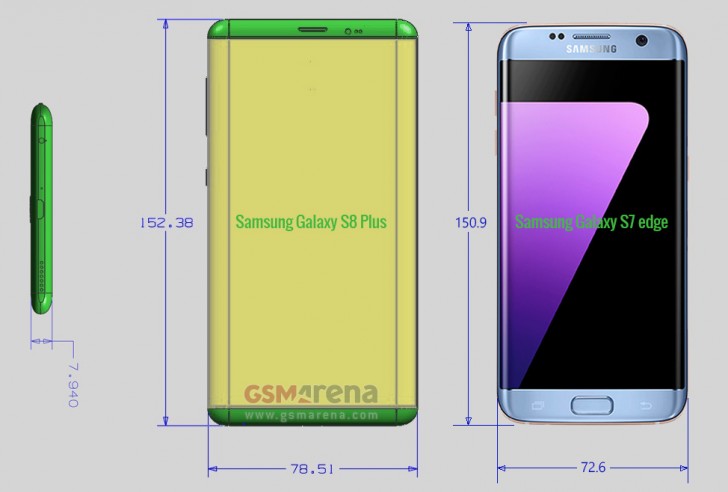 The Galaxy S8 Plus will be 7.3mm thick, 140.14mm tall and 72.20mm wide. In this case, the Galaxy S7 with minimally shorter and thicker, but was narrower than its speculative counterpart. 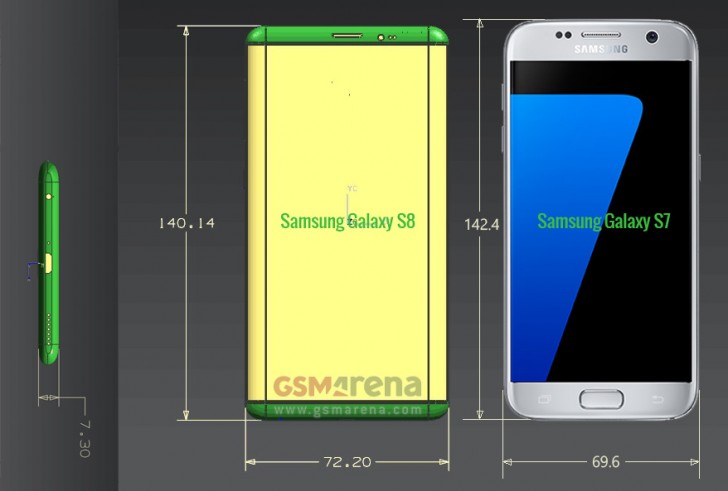 The two models are depicted with narrow top and bottom bezels and sliced measures for screen curvature (as both will have “edge” screens). Side bezel is nearly non-existent. The bottom side of the phones is depicted with a Micro-B connector port as well as a 3.5mm headphone jack and a single speaker (not stereo speakers from what we can tell). Keep in mind that a case manufacturer must deal with all these ports properly in their product design process.

The screens, as indicated by the yellow sections, will be huge — given a disregard for bezels and the curved nature of them — with both of them theoretically quite close to much-rumored 6.2-inch and 5.7-inch sizes.

The diagrams come undated as did the case leak we saw earlier, so as always, use your judgment wisely.

The UI change is already rolling out and will take up to 15 days to appear widely for all users.