Unfortunately, this is still numbered 7.0 rather than the promised 7.1.1, the latter of which will probably debut on the Galaxy S8 sometime in spring as far as Samsung flagships are concerned. Let’s not make a big deal of this somewhat predictable setback, as the Galaxy S7 duo at least gets a direct path to January security patches. 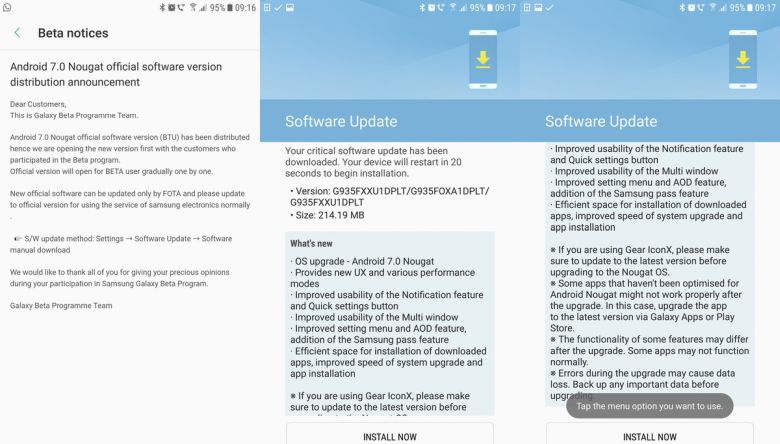 Otherwise, you should be looking at all the major N enhancements, multi-window view, quick switch between apps, Doze on the Go, Data Saver, and a bunch of new emoji included, plus TouchWiz-specific tweaks and improvements like the “addition of the Samsung pass feature”, enriched AOD, and many more that will be detailed before long.

For now, beta testers have first dibs on an obligatory, gradual over-the-air goodie and stabilization pack tipping the scales at around 215MB, with a complete update of presumably 1GB+ heading out for the masses in the coming weeks.