Samsung probably made the right call when delaying or altogether canceling the oft-rumored GS7 Plus and S7 Edge+ variants, but the brand dilution curse seems to be sticking to the world’s heavyweight smartphone champ like tar.

And then you have a couple more configurations built on MediaTek processing roots. Wait, what? It’s true, or at least it appears to be, based on Geekbench records. The question is why? Also, when? And even more importantly, where?

Well, judging from the SM-G930W8, the location equation has a simple yet odd answer – Canada. Normally, we’d expect to see MT-packing devices launched in China and other Asian markets, but these are quite the unusual circumstances. 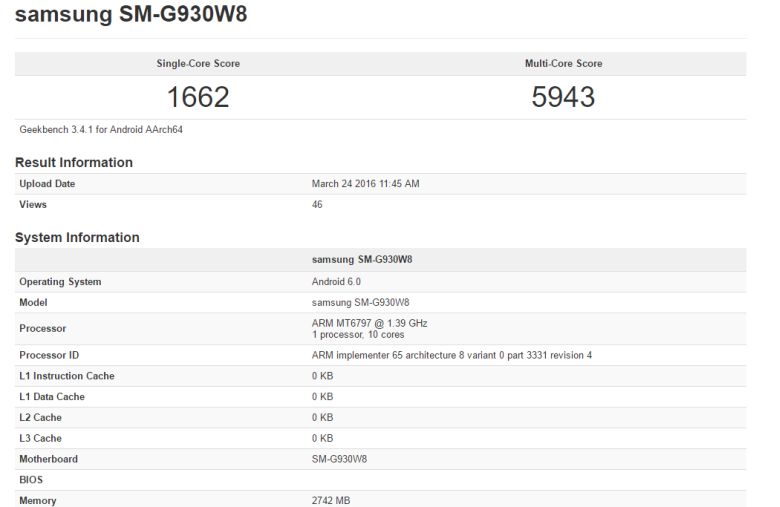 We wouldn’t rule out the 3GB memory/Helio X20 version carrying a different commercial name, like Galaxy S7 Neo or something, although we probably shouldn’t jump to conclusions just yet. Perhaps this is simply Samsung testing the waters for scenarios never meant to materialize or a large-scale, elaborated hoax. We’ll keep you posted as we find out more.

It seems that we won’t have to wait that long the new iPhone 12 series to arrive, as new rumors suggest that they will launch in October
YouTube 1.8M
Facebook 569K
Twitter 196K
Instagram 133K
RSS