If you look at the Samsung Galaxy S5 mini vs Sony Xperia Z1 Compact spec comparison sheet attached, you’ll realize that these two are in different leagues.

If you look at the Samsung Galaxy S5 mini vs Sony Xperia Z1 Compact spec comparison sheet below, you’ll immediately realize that, while both “mini” phones, they’re in different leagues. While Samsung is packing a lot of features (both software and hardware) in the S5 mini, the phone that borrows the flagship’s name doesn’t pack specifications that are worthy of a flagship.

The general mentality OEMs have used in the past was to release “mini” (smaller) versions of their flagships, which weren’t only smaller in size, but also lower-specced. However, Sony managed to adopt a mentality which got pretty good feedback from the market, making a mini phone, with the Z1 Compact, that has flagship-worthy specs. Whether we’ll see this in the future from other OEMs, or Sony will remain the only one, is yet unknown.

More in the same class as the Samsung Galaxy S5 mini is the HTC One mini 2. Check out how the GS5 mini compares to that. 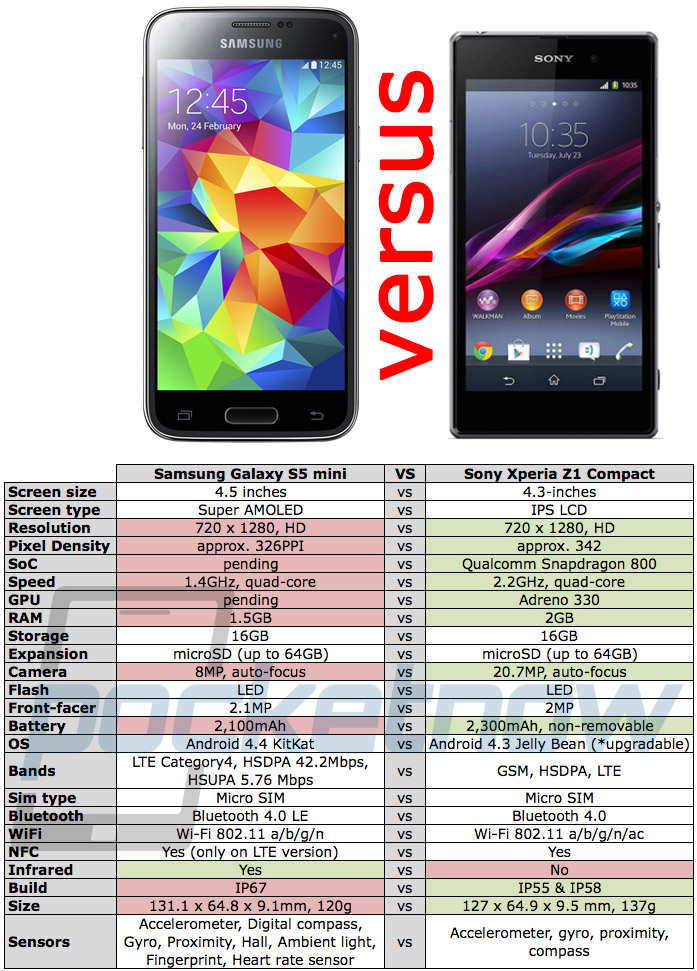