Get your first look at some Samsung Galaxy S5 Active pics, in a leak that very much seems to reveal the honest-to-goodness smartphone.

Sure, the Samsung Galaxy S5 is already water-resistant, but just because the flagship itself is a little more resilient than last year’s edition doesn’t mean that the manufacturer isn’t interested in releasing a beefed-up Active version, as well. Going back as far as February we’ve been hearing rumors of a GS5 Active, and lately they’ve really been increasing in activity. Most recently, we’ve seen Samsung itself allude to the model number expected for the GS5 Active on its own site, and a leak of a possible case for the phone has been floating around. Today we may finally get to check out in-the-flesh hardware, with the release of some quite convincing images.

From the physical Android buttons to the industrial look with those exposed fasteners, the phone certainly has the look of the GS4 Active. Sure, there are GS5-specific changes, like the heart rate monitor, but more than that we notice that this model appears quite a bit more rugged, with an extended body that looks far more like a rubberized after-market case than the outside of the GS4 Active ever did.

While this may be a pre-production handset, we wouldn’t be surprised if the final phone keeps the very same design, as it matches quite nicely with that leaked case we mentioned; you can see that one below, and everything from these new pics appears to align with the case cutouts here. 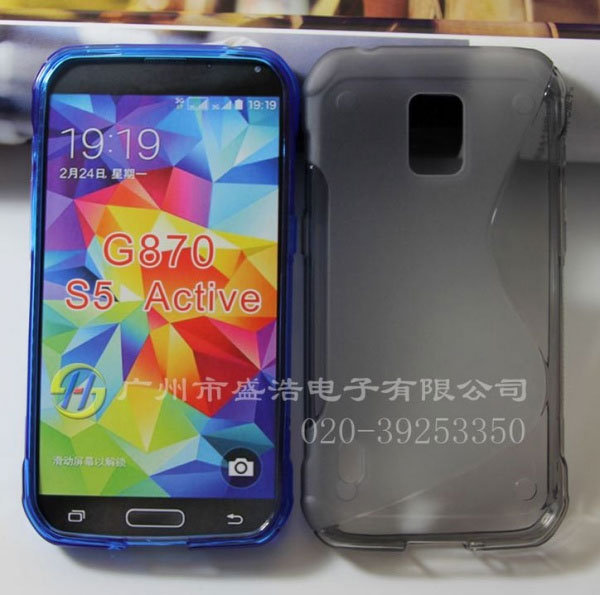 Update: Now with a pic of the GS5 Active powered-on. We’re promised that more pics and a video are coming, so we’ll update this post as they arrive. 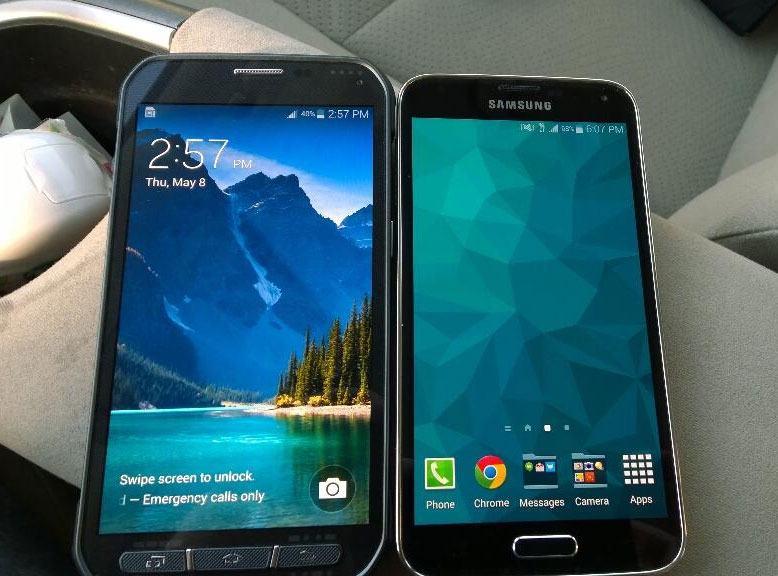 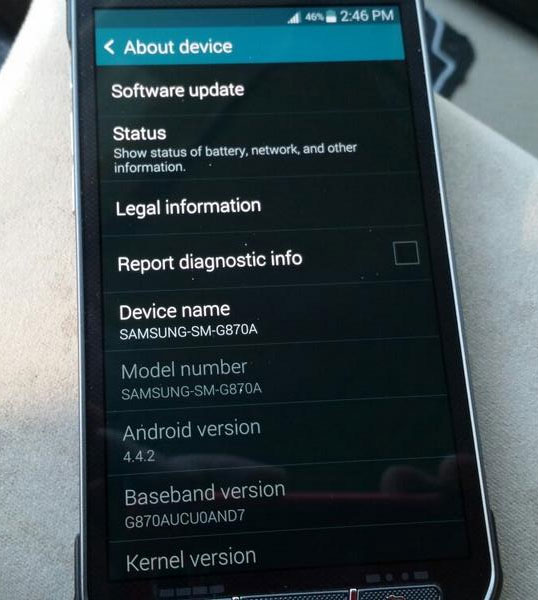