Tired of the looks of the S4, and the new S5 isn’t what you wanted, you can still get a new phone: Samsung Galaxy S4 Black Edition available in the UK

The Black Edition of the Samsung Galaxy S4 was announced at the end of January, and we’ve seen the phone in person with the occasion of our visit to Barcelona for the MWC. Since we were there, we took a little time to compare it to the original Galaxy S4, but don’t expect differences, aside from the actual, physical, outer aspect of the phone. Later, Samsung announced that the Black Edition phone will be available in the UK, but at that time there were no details about exact pricing and availability.

Phones4U now has the phone listed in its offer and it goes for the same price as the regular GS4, at £499.89 (about $830) off contract (but much cheaper if you select a contract). If you’re tired of the looks of the S4, and the newly announced S5 isn’t exactly what you wanted, the Galaxy S4 Black Edition might be a solution for you (especially if you like the deep black and faux leather backing). It’s still a solid phone, with its Snapdragon 600 processor clocked at 1.9GHz, five-inch Full HD screen, 2GB of RAM, 16GB of internal storage, and 13MP main shooter. 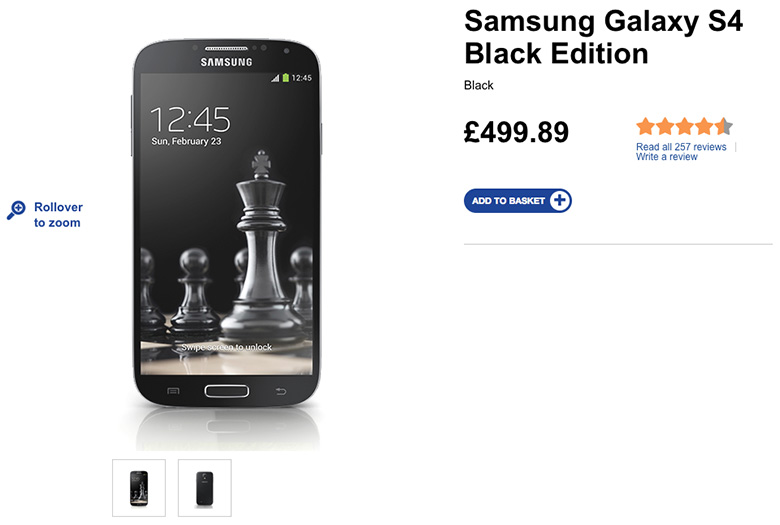