The Galaxy S10e might be essential to consumers, the Galaxy S10 pushes the standards up, the S10+ loads on the cameras and then, what, 5G? Here’s our video!

It’s been an incredible 10 years since the launch of the first Galaxy S. There’s just no way to deny that there’s an Android before the Galaxy S and an Android after, and to celebrate a decade of dominance, it’s time for another Galaxy Unpacked. Let’s talk about all the Galaxy S10’s. All of them.

During our briefing, we got to see the Galaxy S10e — the ‘e’ standing for essential — the Galaxy S10, and the Galaxy S10+. Their sizes are different, but the experience you get from each is intentionally similar. Samsung made it clear that after much consumer research there are three things that are associated with the Galaxy brand: display, camera, and powerful specs. 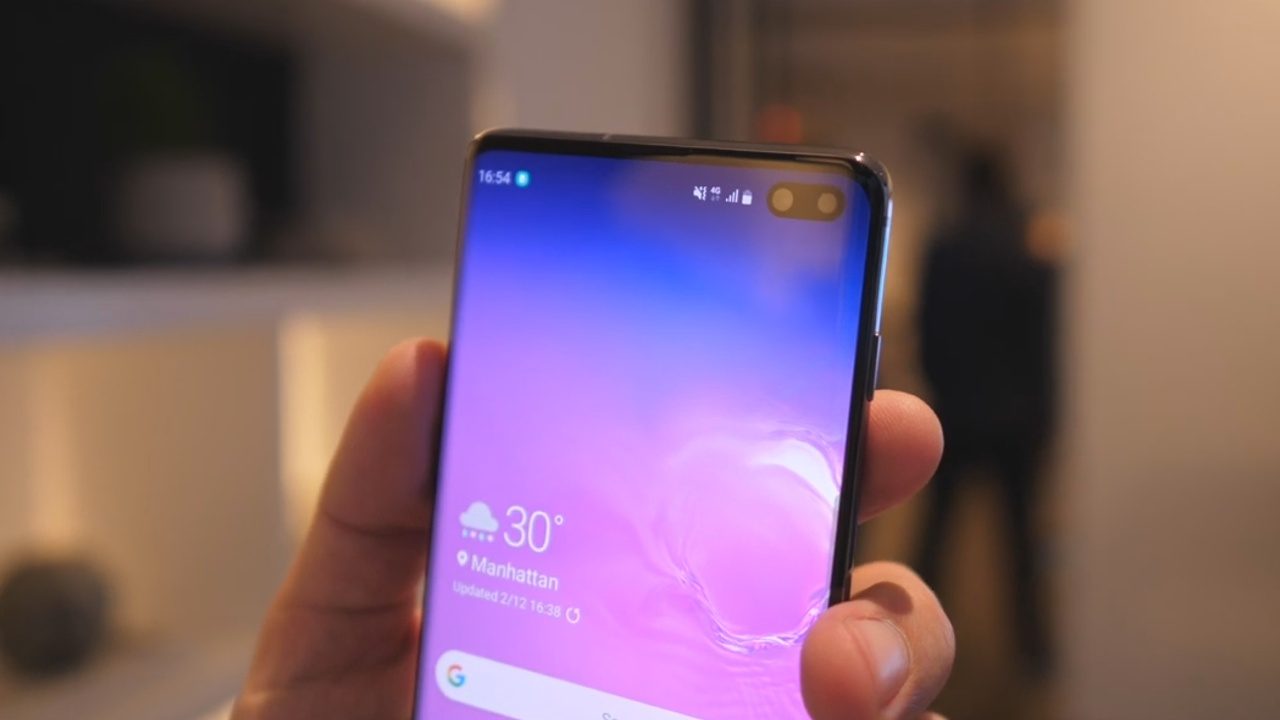 As for the display, all three devices have an all-new Dynamic Super AMOLED panel which is the world’s first HDR10+ certified, meaning vivid digital content and dynamic tone mapping for a wider range of color and enhanced outdoor visibility. It also has blue light reduction of up to 42 percent that eases stress on the eyes without compromising quality.

As for differences, there’s obviously screen size, with the S10e being the smaller one with a 5.8-inch flat display. It has a single selfie camera cutout, and its fingerprint scanner is capacitive and imbedded in the power button. The S10 has a larger 6.1-inch display, but curved at the edges and shares a similar single-camera cut. The S10+ takes the display up to 6.4 inches diagonal, also curved, and the way you tell them apart is because of the larger camera cutout for the depth sensor. Something shared by the S10 and S10+ is an ultrasonic fingerprint scanner tucked under the display, which reads the 3D contours of your finger for more secure biometrics.

Internally, the spec list is kind of confusing so bare with us because there are a ton of variations. We’re talking about the Qualcomm Snapdragon 855 or Exynos 9820 depending on your region. RAM varies from 6GB up to 12GB, storage starts at 128GB and can go up to 1TB, though each variant is expandable. Battery on the S10e is at 3,100mAh, 3,400mAh on the S10 and 4,100mAh on the S10+. They are all IP68 water and dust resistant, they include the latest Wi-Fi 6, fastest 4G LTE and include fast wired and wireless charging. There’s even wireless power share for the new Galaxy Buds that we were briefly shown. The only difference left is a vapor chamber cooling system on the S10+ for gamers. 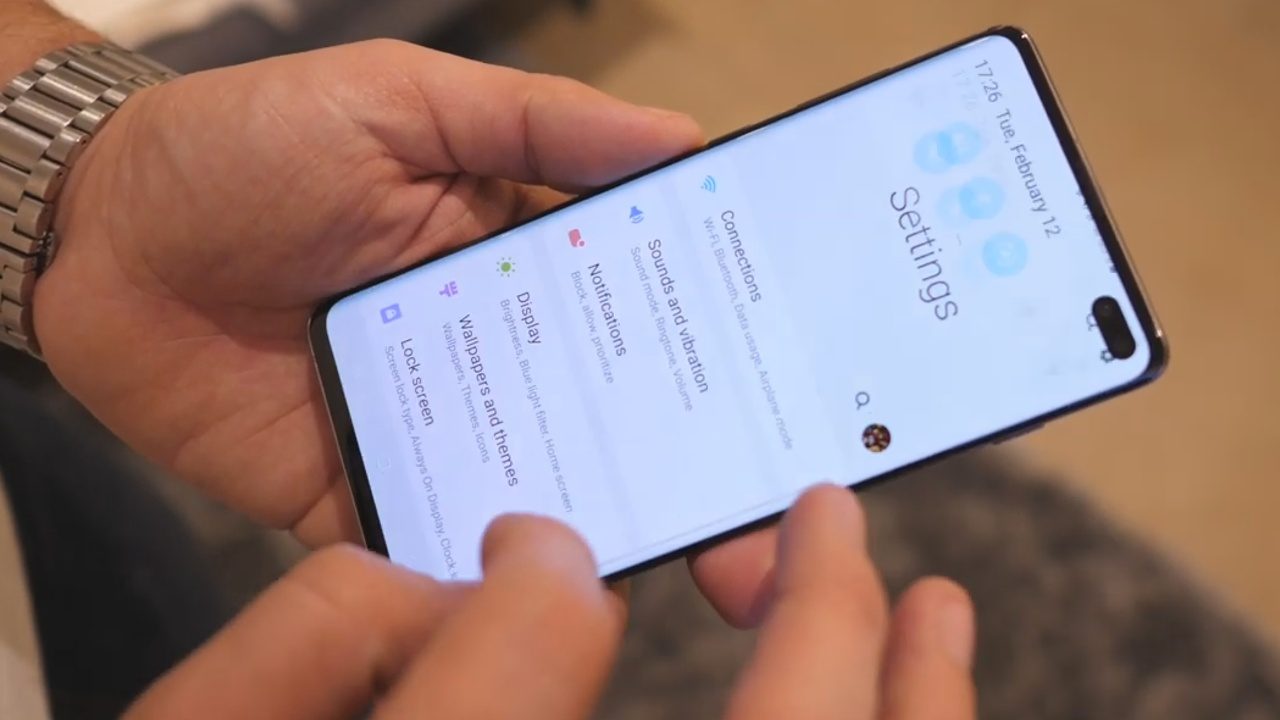 To assist the spec sheet, One UI includes AI-powered performance enhancements. This means faster app launches as the phone detects what apps you use at home and at work and will pre-load them in the background at these locations. It means adaptive battery as Samsung claims that all three phones will last all day regardless of their differences. It means Bixby routines to help you get stuff done quicker, and which we will put to the test.

Samsung is dubbing these their Pro-grade cameras. They all have the same 10 megapixel selfie camera at f/1.9 aperture that can now record 4K video. They also share the same 12-megapixel primary camera at variable aperture between f/1.5 and f/2.4. All three also have the same ultra-wide 16-megapixel camera at f/2.2 aperture and 123 degrees field of view. What the S10e lacks is the 12-megapixel telephoto at f/2.4 aperture. What’s improved is being able to shoot HDR10+ video, and Super Steady video that Samsung claims will compete with any action cam. There are also Scene optimizer improvements now with better AI, now with NPU support. 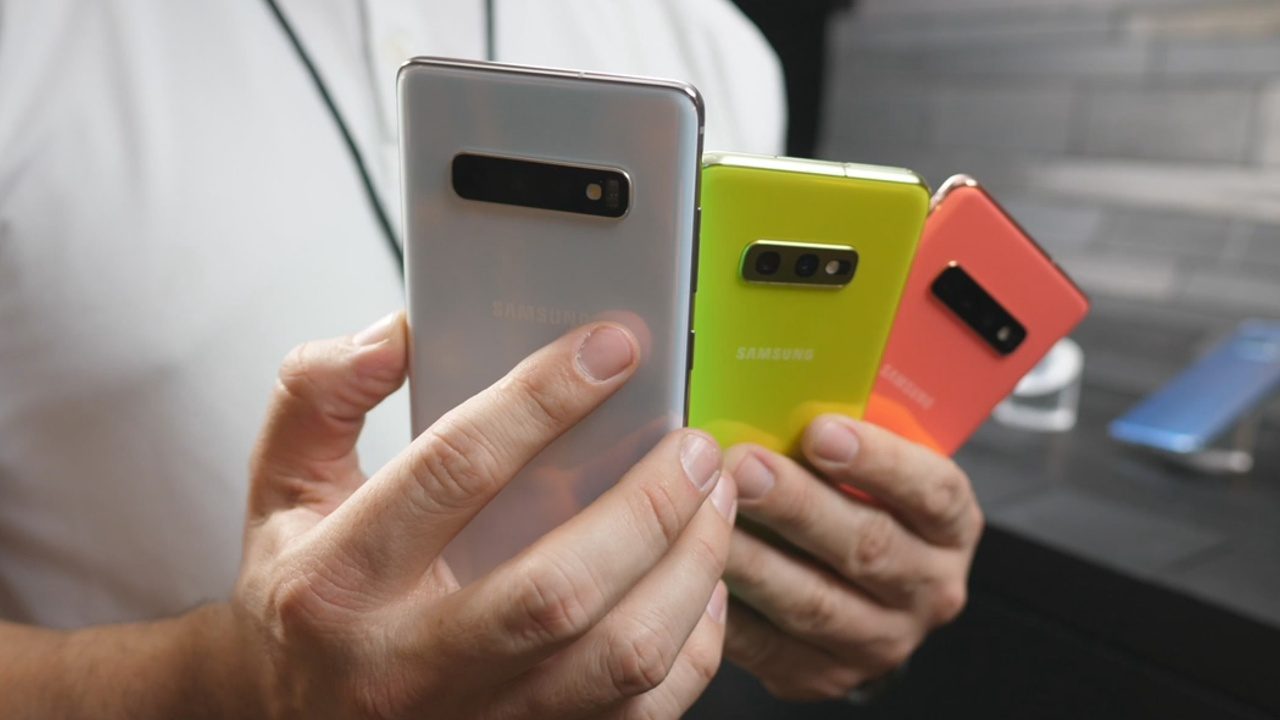 Color options are Prism Black, Flamingo Pink (inspired by the Pantone color of the year), Prism White, Prism Blue, Prism Green. For those curious about other materials, the Ceramic White and Ceramic Black variants are available on the 1TB tier of the Galaxy S10+.

We were also shown the Galaxy S10 5G for a brief moment. It has a larger 6.7-inch display, a larger 4,500mAh battery, and a time of flight camera sensor. Sadly, we weren’t allowed to touch it.