June 6 was mentioned as the start of the pre-ordering process for both AT&T and Verizon and, since today is June 6, you can go online and secure your unit.
Published 06 June 2012, 08:17 EDT

When we heard the official confirmation for the American Samsung Galaxy S III specs we also heard of availability plans, including pre-order dates. June 6 was mentioned as the start of the pre-ordering process for both AT&T and Verizon and, since today is June 6, you can go online and secure your unit. Both carriers will offer the phone with a 1.5GHz dual-core processor and 2GB of RAM, as officially confirmed.

The phone is available for pre-order in marble white and pebble blue colors, both going for $199.99 on a two-year contract ($549.99 without one). It will ship on June 18. A red version should join the line-up soon.

The carrier has both the marble white and pebble blue flavors but it also has 16GB and 32GB variants listed for pre-order. They should all ship July 9 and will set you back $199.99 for the 16GB variants and $249.99 for the 32GB storage version. 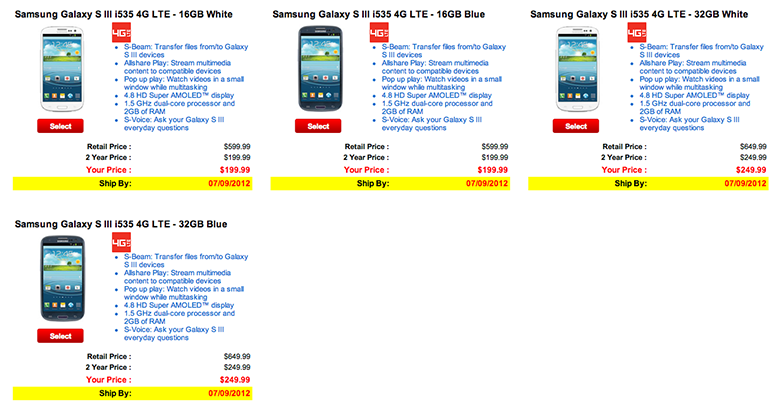 Sprint has also flipped the switch on the Galaxy S III pre-orders. The price is the same $199.99 with a two-year contract and they promise to do their best and deliver it by June 21. The 32GB version will cost $249.99 and both colors are listed. 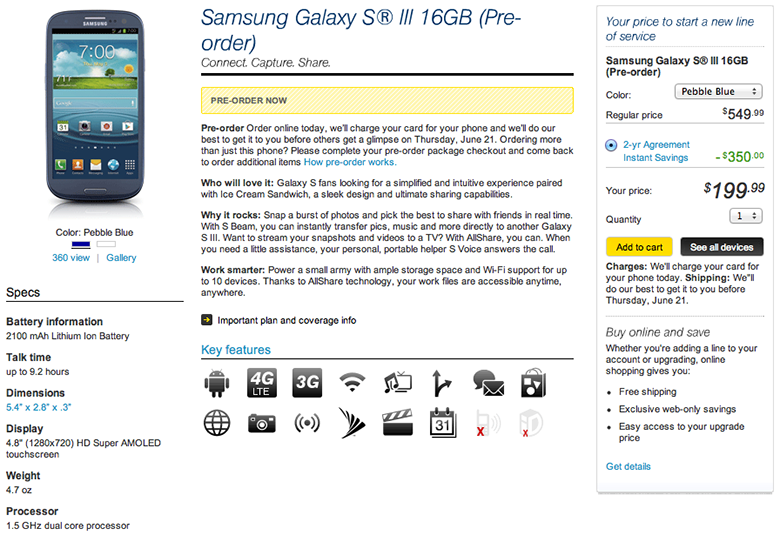