The phone-maker made the Samsung Galaxy S 4 Active official. Read on to find out details about specs, pricing, and availability.

All the rumors and speculation about the Samsung Galaxy S 4 Active can now be put to rest as the phone-maker made the ruggedized device official. With so many recent announcements (like the S 4 mini, Tab 3 8.1 and Tab 3 10.1) we’re wondering what’s left for Samsung to show off at the London June 20 event.

Featuring build compliant to IP67 standards, the Samsung Galaxy S 4 Active will survive dust and water. Under the ruggedized build there are specs which resemble pretty much the ones on the Galaxy S 4. That means it is powered by the Qualcomm Snapdragon 600 processor clocked at 1.9GHz, and has 2GB of RAM. Additionally, you’ll find the same high-res five-inch Full HD screen (though not S-AMOLED like on the GS4, but an LCD version), 16GB of internal storage (expandable via microSD), but the camera delivered is one of eight-megapixels (versus the 13-megapixel shooter on the S 4).

The battery is one of 2,600mAh and the platform of choice is Android 4.2.2 with Samsung’s own TouchWiz on top of it.

While it will be on display at the June 20 event in London (and we’ll have hands-on), the Samsung Galaxy S 4 Active will be available for purchase beginning this summer. First ones to get it will be potential owners from U.S. and Sweden. Color choices will include Urban Grey, Dive Blue and Orange Flare. No word yet on pricing. 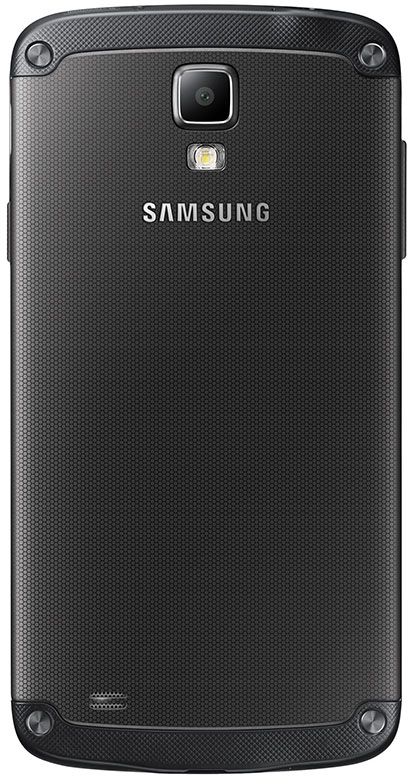 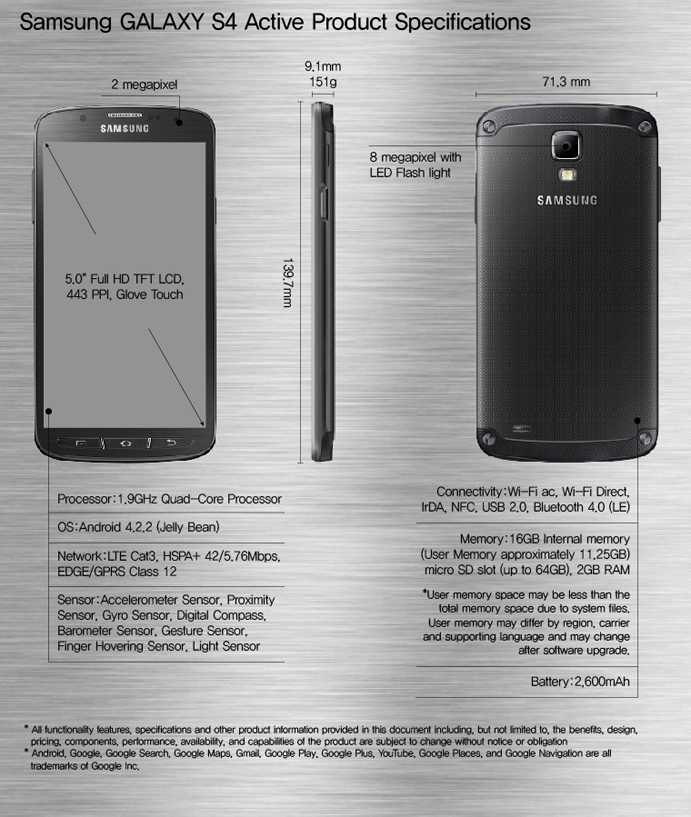