We already knew the battery inside the refurbished Note 7, aka Galaxy Note FE, was smaller than the original cell, but now we have the full picture.

Seeing as how July is a notoriously slow month for high-end smartphone releases from high-profile companies, Samsung probably chose the Galaxy Note 7 rebirth timing very wisely, even though it’s been so long since the original phone was recalled around the world.

But the refurbished, supposedly safe to use 5.7-incher, dubbed Note FE, might be getting too much attention for something reportedly planned to sell in a single batch of 400,000 units in one Samsung-devoted market.

Believe it or not, the Galaxy Note Fan Edition has already received the iFixit teardown treatment, traditionally reserved for only the best, most highly anticipated new mobile devices out there.

It should come as no surprise that extremely little about the Note 7’s intricate innards has been revised in this somewhat controversial refurb process. The Samsung Galaxy Note FE is just as tricky to disassemble and repair as its forerunner, and every component, from chips to cameras, sensors and antennas, has gone virtually unchanged. 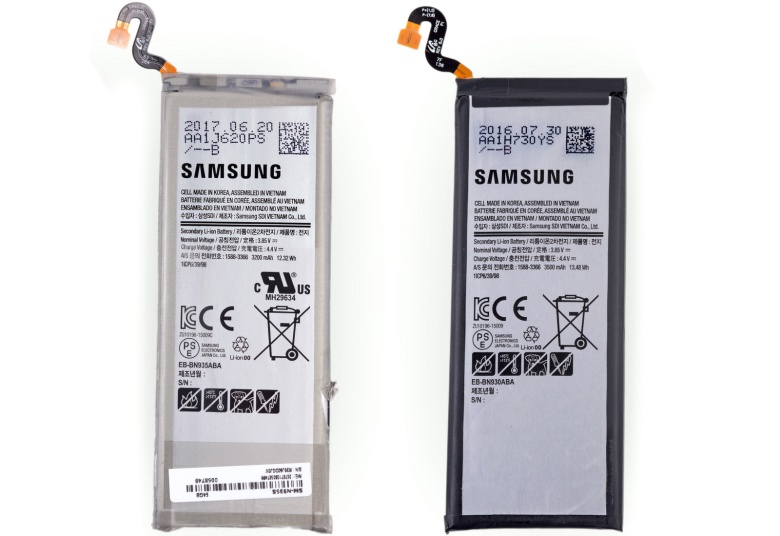 Every component apart from that fire-prone battery, that is, and although the obligatory autonomy reduction will be hard to swallow, we can all agree safety comes first.

The new cell, which by the way is in fact brand-new, at least inside the unit tore down by iFixit, with a June 20, 2017 production date, is a couple of grams lighter too, not to mention the super-thorough tests it needed to pass before getting its commercial green light… this time around. So, yeah, maybe a global re-release isn’t such a bad idea after all.