A world-class smartphone leaker never discriminates based on the OS powering the potential subject of a high-profile exposé, and French tech blogger turned tipster extraordinaire Steve Hemmerstoffer, better known as @OnLeaks over on Twitter, seems to be giving the Galaxy Note 9 the same level of attention as those next-gen “all-screen” iPhones.

Samsung is reportedly gearing up to unveil a new S Pen-wielding flagship handset as early as August 9, and according to fresh inside information, the Note 9 will indeed look very similar to its predecessor.

There’s no need to imagine the differences anymore, as a slew of high-quality factory CAD-based renders claim to show Samsung’s “next big thing” in all its glory today. 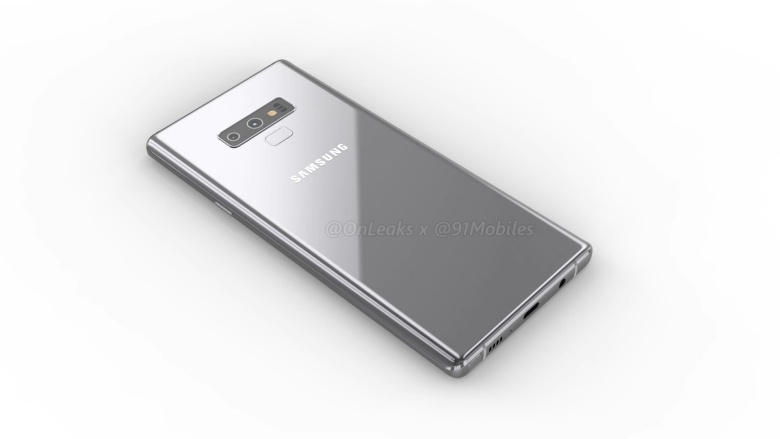 The most notable design revision is without a doubt a repositioned fingerprint reader, although that obviously means the Galaxy Note 9 will not be able to integrate the biometric sensor directly into its “Infinity Display.” Its largely unchanged 6.3-inch or so display, rumor has it, to be squeezed into a body measuring 161.9 x 76.3mm, which would be wider than both the Note 8 and S9+, as well as taller than the latter but slightly shorter than the former.

Meanwhile, the current plan is to pack a battery as hefty as 3,850mAh, even if that entails a thicker 8.8mm profile, but nothing’s set in stone just yet. Well, except for the same old buttons and ports in the same old locations, fortunately still including a 3.5mm headphone jack.

The physical fingerprint scanner will be slotted below the horizontally-arranged dual rear cameras, so basically, the Galaxy Note 9 is expected to take important design cues from both the Note 8 and S9 Plus. But will the S Pen be enough to help it stand out from the Galaxy S9+?

iPhone 13 Mini will rock a smaller notch and rearranged camera lenses at the back that are now positioned diagonally.