If you thought the Samsung Galaxy S8 sported a divisive design, wait until you check out plausible CAD-based renders of the impending Galaxy Note 8.

It sometimes takes many months to go from fishy dummy unit “leaks” and blatantly fake “live image” reports to plausible renders of such a highly anticipated phone as the Samsung Galaxy Note 8, but all of a sudden, the floodgates have opened and the secrets are now out.

Just a few days after Evan Blass, aka @evleaks, described the unannounced dual camera beast in great detail for VentureBeat, the other Twitter mobile tech leaker that’s almost never wrong comes out with a comprehensive depiction of the ill-fated Note 7’s sequel.

In collaboration with India’s 91mobiles, @OnLeaks provides the customary batch of extremely credible factory CAD-based renders, showcasing every side, angle and little visual feature of the Note 8. 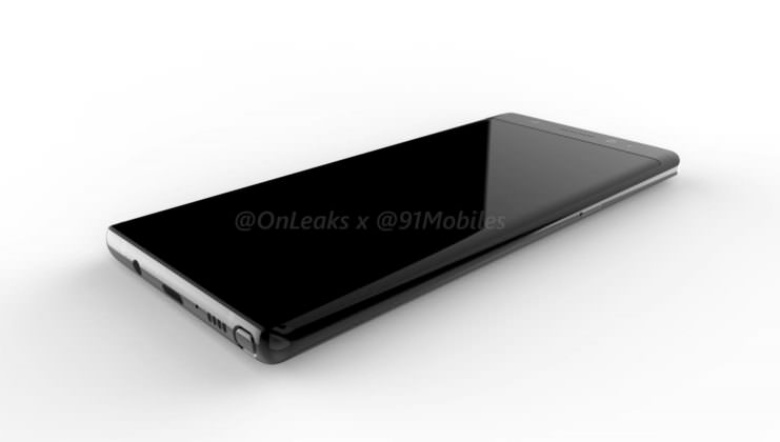 While beauty is always in the eye of the beholder, this may not be the premium, uncompromising look Galaxy S8 holdouts expected. Compared to the first two “Infinity Display” flagships, the 6.3-incher reportedly due out in late August has less pronounced curves, seemingly thicker screen bezels and quite the large camera hump.

At 162.4 x 74.5 mm, the Galaxy Note 8 is ever so slightly taller and wider than the S8+, but most concerning of all, the phone’s waist purportedly jumps to 8.4 and even 9.5mm when also measuring that unsightly bulge.

Right next to the two rear-facing shooters, you have the LED flash/heart rate monitor combo, as well as a fingerprint scanner that’s bound to make a lot of people uncomfortable or straight-up angry.

Oh, well, at least the 3.5mm headphone jack is still around, not to mention an S Pen tipped to offer extra versatility and functionality. The 12 + 12MP cams should be something special too, with 6GB RAM under the hood to truly match the unrivaled raw power of the Snapdragon 835 and Exynos 8895 processors. And yet the question remains – is this arguably imperfect design worth $900+?