After months of conflicting reports unsubstantiated by concrete proof, dubious so-called leaks, and wild rumors hinting at everything but the kitchen sink included on the Samsung Galaxy Note 6, the past few weeks have allowed us to reach the stage of many confirmations and little doubt.

The S Pen-capable phablet due out on August 2 is apparently dubbed Note 7 to align with the Galaxy S family’s branding, it’s dual-curved and about as large as the GS7 Edge, featuring 6GB RAM, Snapdragon 821/Exynos 8893 power, as well as a 3,600 mAh battery, among others.

Aside from predictably letting you unlock it via fingerprint recognition, the Galaxy Note 7 was long tipped to bring a new, exciting form of biometric authentication to the table. And now, finally, we have the blurry pic to confirm iris-scanning integration. 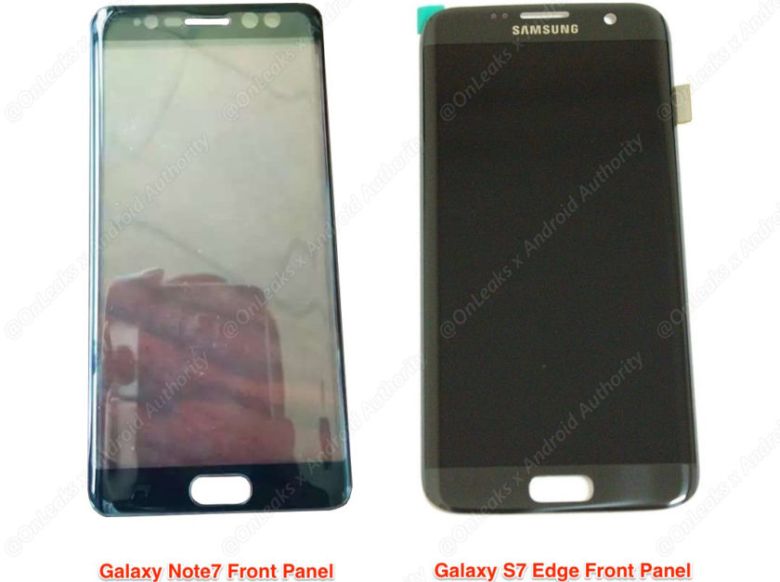 There are a bunch of extra holes for some mystery fresh sensors at the top of the 5.8-incher’s front panel, and although they can’t be positively labeled at the moment, they’re almost surely part of the eye-reading mechanism leaving no room for a Samsung logo above the “edgy” screen. Oh, and in case you’re inclined to exhibit the typical skepticism, keep in mind that the leak’s legitimacy is guaranteed by two rock-solid sources.