While this appears to be a legit spec sheet, some pertinent details are conspicuously missing.

We’re hoping to learn about the retail launch of the Samsung Galaxy Note 10.1, the company’s first tablet to support the S-pen stylus introduced with the original Note, at one of the events it has planned for later this month. Since news of a pre-release hardware redesign, we’ve been curious about just what the tablet’s new specs would be. A pre-order page attempted to reveal some of those details, but Samsung quickly announced that those details were incorrect. Now, a service manual for the Note 10.1 has reportedly leaked, and may give us an official account of the tablet’s capabilities.

For what’s supposedly sourced from a service manual, these specs are surprisingly vague. For instance, they describe the tablet’s 1.4GHz quad-core processor, but don’t identify the SoC by model number; by all accounts, it should be the Samsung 4412 Exynos 4 Quad. We’re also missing some critical info, like the amount of RAM on board; a first-hand account with the tablet as it will reach South Korea reported on 2GB being present, but we haven’t seen anything one way or another about whether or not all Note 10.1s will have the same.

With any luck, even more detailed specs on the tablet will emerge as we get closer to its arrival. 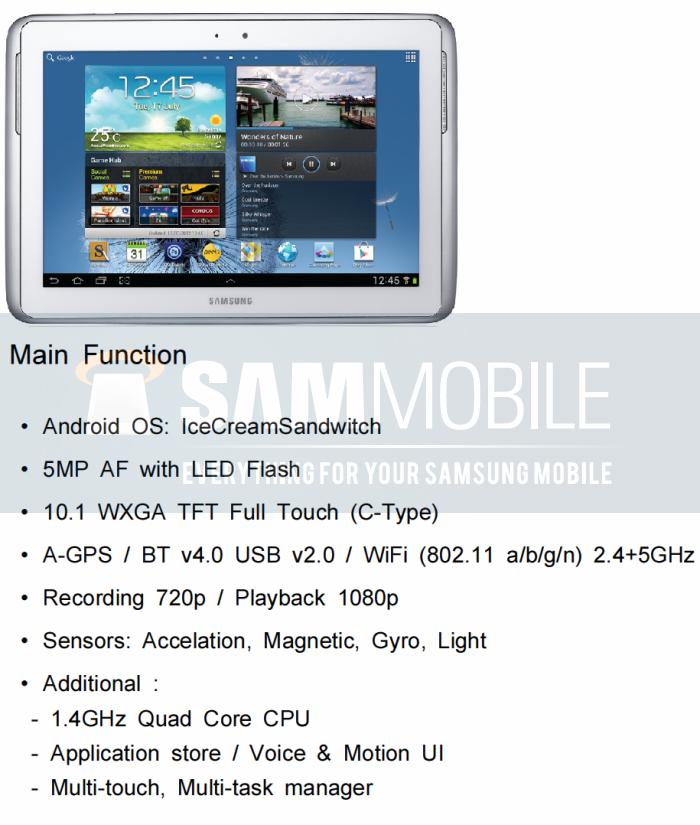