Focused on “living in the moment” and sharing it instantly, the Samsung Galaxy J7 Pro and J7 Max look pretty good for their Indian prices.
Published 14 June 2017, 05:14 EDT

Samsung isn’t resting on its laurels in India, despite dominating the nation’s general smartphone charts as well as “premium” and selfie-first device sales, with local production significantly increased and competition from rising budget-focused brands like OPPO or Vivo hindered by today’s joint Galaxy J7 Pro and J7 Max announcement.

Basically, Samsung is offering some of Facebook and Snapchat’s filtering magic as standard on these “instantly fun” phones, with pre-loaded photography features like “Instant Share”, “Instant Edit”, “Live Stickers” and of course “Live Filters” that need little explaining besides mentioning their catchy marketing labels.

Otherwise, the shooters don’t exactly sound state-of-the-art, but they’re more than decent for the J7 Max and Pro’s price bracket, with 13 megapixels, f1.7 aperture and flash at the back, as well as a 13MP sensor, f1.9 and flash at the front. 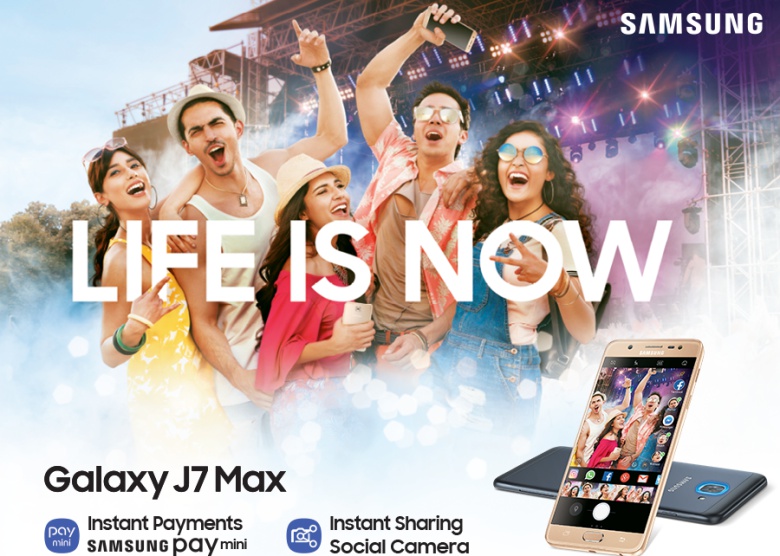 Just in case the product names don’t make it confusing enough which is overall better, the Galaxy J7 Pro beats the Max in RAM 4 to 3GB, while the J7 Max actually provides twice its cousin’s 32GB internal storage space.