The mid-range Samsung Galaxy J7 (2016) and J5 (2016) move one step closer to a release, with laser autofocus cameras apparently in tow.

2015 wasn’t a great year for Samsung smartphone sales, but while flagships underwhelmed at the global box-office, a few mid-rangers over performed. The Galaxy J5 and J7 in particular developed a cult following among cash-strapped Android enthusiasts in emerging markets, standing out with solid overall quality-price ratios and LED flash-endowed selfie cameras.

Now it’s almost time for the two’s sequels, and if you were wondering whether they’d offer a similarly “original” selling point, the answer is yes. Based on product images revealed by China’s FCC-like Tenaa agency, we’re pretty certain the Samsung Galaxy J5 (2016) and Galaxy J7 (2016) will incorporate laser autofocus rear-facing shooters.

Either that, or perhaps heart rate sensors, but most likely, laser AF main cams. That would be a first for Samsung, including ultra-high-enders, the feature being especially popular in LG’s backyard.

Otherwise, the second-gen Js don’t look very distinguished, though there’s still a chance their plastic bodies shall be adorned by metal frames. The larger 5.5-inch model is obviously also the more powerful of the two, but instead of a mind-blowing 4,300 mAh battery rumored at one point, it’ll probably accommodate a 3,300 mAh or so cell. 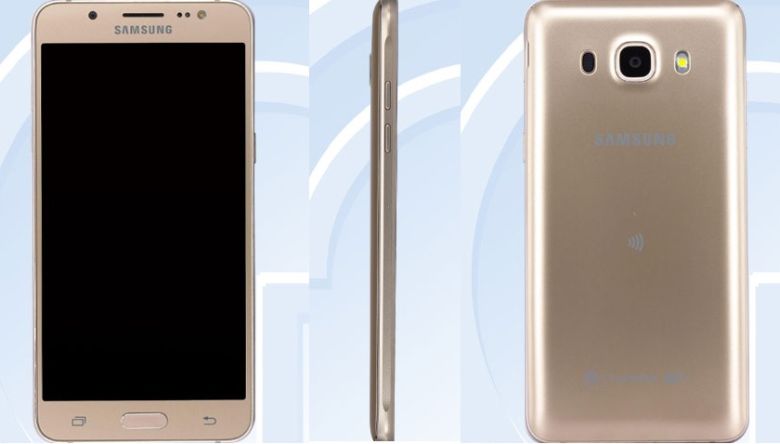 Meanwhile, the Galaxy J5 (2016) loses around 0.3 inches of screen real estate, downgrades the pixel count to 1,280 x 720, memory to a couple of gigs, and the SoC to an unknown 1.2GHz quad-core unit. On the bright side, it retains LTE network speeds, the 13 megapixel photography powerhouse, and 16GB expandable storage.